Memory Loss Not Caused By Cholesterol Drugs After All

About 25 million Americans currently take a drug to lower their cholesterol, so it’s no surprise that the most popular among them, statins, consistently top the list of best-selling prescription medications. But recent studies hinting that they were associated with memory problems have led some patients to shy away from them.

According to the latest data, though, there’s probably no need to avoid taking statins for this reason if a doctor prescribes them to protect against heart disease. In a report published in JAMA Internal Medicine, Dr. Brian Strom, chancellor of biomedical and health sciences at Rutgers University, and his colleagues say that while statins may contribute to short term memory issues, these tend to resolve over the long term and that such memory problems are not unique to the statins.

MORE: Who Really Needs To Take a Statin?

Because both groups taking drugs showed similar memory effects, Strom says that it’s unlikely that statins are uniquely to blame for the short-term cognitive issues. And because statins and the other cholesterol-lowering drugs work in vastly different ways, it’s also unlikely that the effect can be blamed on the drugs themselves. Strom proposes that the groups’ short-term memory issues, which were recorded by doctors in the patients’ medical records, is more likely the result of these patients simply being more aware of and sensitive to any changes in their functions after starting a new medication. In other words, people may have been having memory issues before they started their medications, and the problems might have occurred if they had not started taking them, but the symptoms became more noticeable because the users were more attuned to changes after filling their new prescription. The control group might have been experiencing similar memory issues but didn’t report them to their doctors; therefore, the issues might not have been recorded. “People on new medicines are more likely to notice a problem, more likely to blame problems on the drug and more likely to go back to the doctor and report these problems,” Strom says.

While it’s possible that the drug-taking group is also at higher risk to begin with for memory-related problems, since they have more potentially vessel-blocking cholesterol in their blood that can also impede blood flow to the brain, the results remained strong even after the group adjusted for risk factors such as diabetes and other blood-related conditions.

What’s more, Strom and his team also looked at users who might have been prescribed statins, stopped taking them because they were uncomfortable with the short-term memory issues, and then were prescribed them again at a later time. These patients did not report memory problems at the same rate, suggesting that the effect has less to do with the drugs themselves than with a hyper-vigilance for any changes associated with new drugs—the second time around, the drugs weren’t novel any more. “If the memory problems were real, we would expect that those who took statins for the second time would develop memory problems again,” he says. “The fact that we saw this as a problem so infrequently in this group suggests that it was more because the statins were a new drug the first time around.”

Based on the results, Strom says he informs his own patients that for some, statins may be linked to a short-term memory issue but that these tend to disappear over the long term. He also warns that even the short-term problems may not be a true effect of the drugs but rather a misinterpretation of the studies. “People should not steer away from statins because of a fear of short-term memory problems,” he says, “because they probably are not real.” 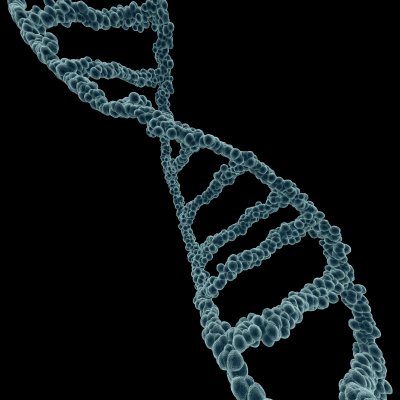 Explaining 'Epigenetics': The Health Buzzword You Need to Know
Next Up: Editor's Pick