How to Conquer Fear, Backed By Research

Research shows being afraid you’re going to lose your job can be worse than actually losing your job:

In a number of surveys, fear of speaking in public ranks higher than fear of death. Jerry Seinfeld interpreted this as meaning that at a funeral, more people would rather be in the casket than giving the eulogy.

In a study, people were willing to pay more to avoid fear than to be happy.

Via The Upside of Your Dark Side:

Here’s the funny thing: we know a lot about how fear works and a pretty simple way to beat it. In fact, we’ve known the answer for thousands of years.

So how do you conquer fear?

It’s All About Control

When we feel in control, we’re not afraid. When we have a level of comfort with something, it’s not scary.

Anything that gives you a feeling of control over your situation helps you keep your cool.

Without a feeling of control, when stress gets high we literally can’t think straight.

This is why fear often seems so random and irrational. And why you’re often afraid of all the wrong things.

Worried about terrorism? Then you should be absolutely terrified of your couch, pal. Americans are as likely to be killed by their furniture as they are by terrorists:

This is why people lose their minds over Ebola but still won’t use a seatbelt.

Think about driving for a second. You’re piloting a 2000lb missile at 65 miles per hour. But that’s not scary. Why? You’re used to it. You feel in control.

The idiot next to you could crash into your car and in half a second you’d be a fiery ball of twisted steel — but you don’t give it a second thought. (Maybe you’re too busy texting.)

But if something is strange? Uncommon? We’re not used to it. Uh oh, scary.

And so what do we do? Avoid it. Ignore it. Deny it. Distract ourselves from it… And none of that stuff works.

(For the ten things you should do every day to improve your life, click here.)

So what’s the solution? You have to get closer to your fears.

Be Very Afraid. (And You’ll Stop Being Afraid.)

“Face your fears.” It’s a cliche. It’s vague and unhelpful. But it’s accurate.

You need to spend time with your fears. Get closer to them. Intensify them.

Only then will you stop being afraid.

Take a second. Think about your worst fear. Maybe it’s speaking in public.

So you’re speaking in public and everyone is utterly bored by you and not paying attention.

Hold on that for a second. It stings, but stay with me. Now make your fear worse.

You’re speaking in public and you wet yourself. Everyone laughs. It’s mortifying. But spend a second there.

Now make it even worse.

The whole thing is recorded and gets 3 million views on YouTube.

Stay with it. No, you’re not going to die.

Now relax. Just follow your breathing — in and out — for a few seconds.

You’re on your way to conquering your fear.

Via The Mindfulness Solution: Everyday Practices for Everyday Problems:

Doing this regularly can seriously put a dent in those fears. And scientists weren’t the first group to figure this out.

The samurai used to think about death a lot. Why? That way they wouldn’t fear it in battle.

Via Code of the Samurai: A Contemporary Translation of the Bushido Shoshins:

The ancient Stoics knew this too. “Negative Visualization” is one of the main tools of Stoicism.

Thinking about your worries not doing it for you? Try writing them down. Research has shown writing about your fears and worries is powerful medicine.

Via Expressive Writing: Words That Heal:

Is that it? No. Now you can do something about it.

Fear prevents clear thinking and causes you to procrastinate. Now that you’ve dealt with it a bit you can make some real progress.

What else gives a feeling of control and helps fight fear? Preparation. You envisioned what you were afraid of. Now you can do something to make sure it never happens.

Who survives catastrophic scenarios? The people who have prepared.

Via David McRaney’s You Are Not So Smart: Why You Have Too Many Friends on Facebook, Why Your Memory Is Mostly Fiction, and 46 Other Ways You’re Deluding Yourself:

How did NASA make sure that astronauts wouldn’t panic in the early space missions? They ran them through every step of the process until it was boring. This level of familiarity produced a powerful feeling of confidence:

(For more tips from a Navy SEAL on grit and resilience, click here.)

Okay, time for the quick sum up — along with one other scientific tip you can use whenever you feel afraid.

Here’s how to conquer fear:

But what you do need to do is laugh. Humor provides a powerful buffer against stress and fear.

I’ve talked to Navy SEALs, Army Rangers and Special Forces. And they all said humor is key.

Face your fears. Prepare for them. And don’t forget to laugh. Fear is usually worse than what we’re afraid of.

Join over 190,000 readers. Get a free weekly update via email here. 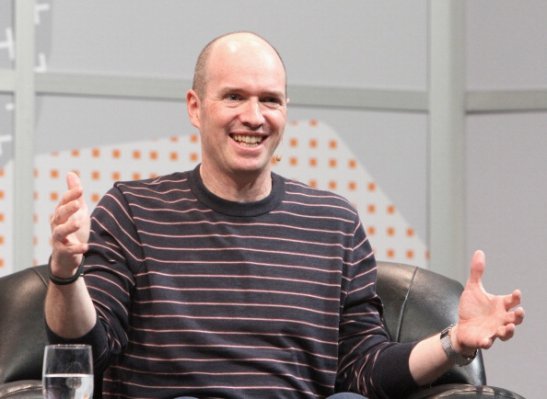 The Difference Between Good and Bad Organizations
Next Up: Editor's Pick