U.S. women’s soccer star Hope Solo was belligerent toward the police officers arresting her, many of whom deemed her the “primary aggressor,” in a domestic-violence incident last year involving her half-sister and nephew, according to a new report from ESPN.

The report — based on police records and other documents, two sworn depositions obtained by ESPN’s “Outside the Lines” and an interview with one of Solo’s alleged victims — claims the U.S. national goalkeeper called one officer “such a bitch” and claimed he was scared of her “because you know that if the handcuffs were off, I’d kick your ass.”

The 33-year-old athlete reportedly called another officer a “14-year-old boy” and told him that the necklace he asked her to remove cost more than he made in a year. The ESPN report also reports further allegations on the incident through interviews with Solo’s half-sister Teresa Obert, including that she had been drinking, that she punched Obert multiple times in the face and slammed Obert’s then 17-year-old son’s head into a concrete floor.

Solo, who begins her Women’s World Cup campaign with the U.S. national team in Canada on Monday, was arrested in June 2014 after being accused of assault but has repeatedly proclaimed her innocence and said she was the victim. 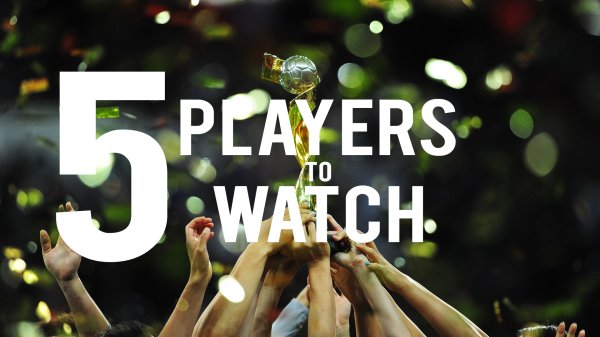 5 Players to Follow in the Women's World Cup
Next Up: Editor's Pick