A South Korean team took home the top prize on Saturday at the DARPA Robotics Challenge Finals in California.

Team Kaist from Daejeon and its robot, DRC-Hubo, were awarded the grand prize of $2 million over 22 competing robots, according to DARPA, the military technology arm of the Defense Department. The humanoid robot had performed the best across a series of eight tasks relevant to natural disaster response, which included tripping circuit breakers, climbing stairs and walking through rubble.

Team IHMC Robotics of Pensacola, Fla., and its Running Man robot took second place and $1 million, and the CHIMP robot of Pittsburgh’s Tartan Rescue came in at No. 3, earning $500,000.

The competition, launched after Japan’s earthquake, tsunami and nuclear disaster in 2011, was intended to accelerate development in robotics with the ability to one day enter disaster-stricken areas that are too dangerous for humans.

“This is the end of the DARPA Robotics Challenge,” DARPA Director Arati Prabhakar said, “but only the beginning of a future in which robots can work alongside people to reduce the toll of disasters.” 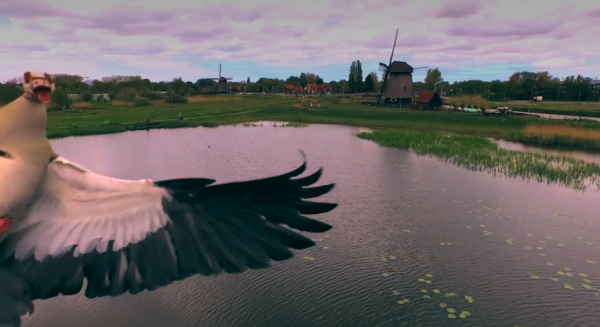 Watch This Drone's Unfortunate Encounter With a Goose
Next Up: Editor's Pick