Minnie Mouse and Hello Kitty Duke It Out in Times Square

Hey kids: Want to visit New York City this summer to see your favorite cartoon characters get arrested for assault and harassment?

The problems in New York’s Times Square used to center around pickpockets and peep shows. Now, it’s cartoon mascots behaving badly. The latest incident surrounding the growing problem of costumed characters soliciting tips in the heart of New York involves Minnie Mouse (identified as Giovana Melendez, 40) and Hello Kitty (Sandra Mocha, 34). The two reportedly got into a fight Thursday over tips from tourists in exchange for photos. According to New York’s Pix11, both were arrested for assault and harassment.

In the last few years, Times Square has become home to a growing number of people dressed as cartoon characters, many of whom have had run-ins with the law. In September 2014, a panhandling Elmo was arrested for aggressively soliciting tourists. Two separate Spider-Men have been arrested, one for punching a woman, another for punching a cop. A man playing Cookie Monster was arrested in April for groping a girl. And last summer, two Statues of Liberty got into a fight.

“This is another reason why we need regulations to address the growing problems in Times Square,” said Tim Tompkins, president of the Times Square Alliance, referring to the latest incident, according to the New York Post. 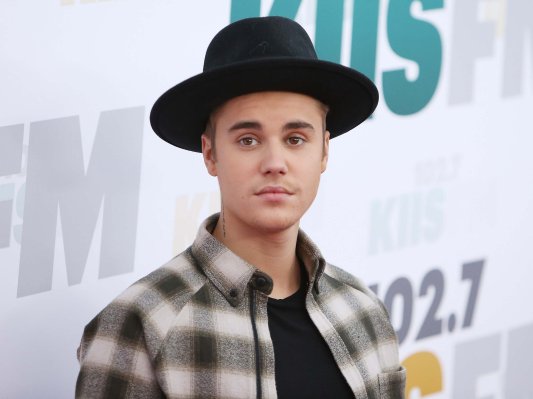 Walmart to Play Less Justin Bieber in Stores to Lift Spirits
Next Up: Editor's Pick