Harper Seven Beckham is only 3½ years old, but she’s already following in the footsteps of soccer’s biggest star — her father.

David Beckham shared a photo of his daughter playing his former sport on Instagram Friday. In the photo, the adorable toddler faces a soccer net, poised to kick a ball in with her tiny cleats.

(Mia Hamm, of course, is the legendary American soccer player.)

The little athlete’s older brothers, Brooklyn Joseph Beckham, 16, Romeo James Beckham, 12, and Cruz David Beckham, 10, aren’t pictured in the photo, but it sounds like they were on hand to help their sweet sis.

Harper’s mom, Victoria Beckham, previously told PEOPLE that her daughter “loves football,” as soccer is called in the U.K.

“It’s like a dagger going into my heart,” she joked, adding that Harper follows her brothers around the house wearing her own jersey.

“It’s very sweet,” Victoria said. “As much as she is girly, she’s a tomboy as well.”

Beckham has been keeping Harper busy – just last week he shared an image of the tot learning how to ride a bicycle. 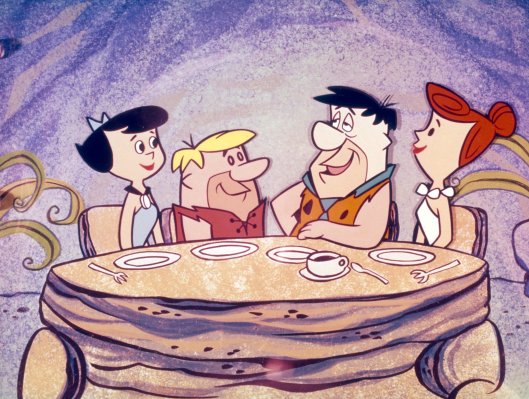 Flintstones-themed 'Bedrock City' Up for Sale
Next Up: Editor's Pick