Speaking on Friday to 14,000 store workers and investors at Wal-Mart Stores’ annual shareholder meeting in Fayetteville, Ark., McMillon said the retailer’s No. 1 enemy, ahead of rivals, was its own bureaucracy, and he called on store workers to take more initiative on their own.

Walmart’s operating income only rose 1% last year, while in the U.S., its biggest market by far, comparable sales are growing again, but only modestly. So in the last few months, Walmart has announced a series of steps ranging from raises to less Celine Dion on the PA system to new training as it looks to motivate workers, improve customer service and how stores look, and reduce worker turnover. (Walmart U.S. CEO Greg Foran told Wall Street analysts that turnover is already down, and job applications are up.)

“We can be like scrappy rebels in Star Wars, fighting an insurgency against the galactic empire,” he said, apparently unaware of the irony of the world’s largest company by far, with 2014 sales of $482 billion, one seen by many as the empire that needs to be fought against, is trying to position itself as the underdog.

Proposals by dissident shareholders, including one in favor of a $15 per hour starting wage and another in favor of an independent chairman, were defeated, no surprise considering the Walton family, whose late patriarch Sam founded the company in 1962, owns 51% of shares.

McMillon’s plea for staff “to overcome bureaucracy and mediocrity” echoes efforts at arch-rival Target (TGT) to tame its own bureaucracy, which it did earlier this in part by cutting thousands of jobs at its headquarters, and re-motivate staff.

He recently removed one layer of store management and gave U.S. store workers more say in how their store operates and what it stocks.

“We’ve got to make this business simpler and faster,” McMillon said. 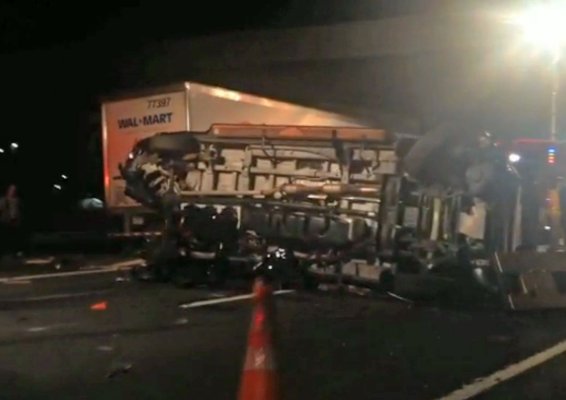