What to Expect From Game of Thrones This Week

Warning: Spoilers from the first five seasons of Game of Thrones to follow.

Over the course of its first four seasons, Game of Thrones has earned a reputation for penultimate episodes characterized by shocking twists, epic battles and buckets of blood. In the first season, honest Ned Stark lost his head. In the second, Stannis Baratheon unsuccessfully laid siege to King’s Landing. The third season’s second-to-last episode gave us the Red Wedding, and last season’s ninth-hour told the story of the battle at Castle Black between the Night’s Watch and the Wildlings. Those four episodes are often counted amongst the show’s best—so it’s little wonder that expectations for Sunday’s season-five penultimate offering, “The Dance of Dragons,” are reaching lofty heights.

Compounding those expectations are the developments of last week’s “Hardhome.” After a couple of lackluster offerings from this season’s fifth and sixth hours, “Hardhome” proved a genuine turning point for Season 5. In addition to the battle at the episode’s eponymous location north of the Wall, the conversations between Daenerys and Tyrion proved well worth the long wait. It seems unlikely that “The Dance of Dragons” will spend all of its time in Meereen with so many plot-lines requiring a bit of closure, but the title does suggest that audiences won’t need to wait until the season finale to find out how the new Lannister-Targaryen partnership is working out.

Exactly what we’ll see, however, is anyone’s guess. Showrunners David Benioff and Dan Weiss have developed a pattern of alternating between the shocking (Ned Stark’s beheading in Season 1, the “Red Wedding” in Season 3) and the grandiose (the “Battle of the Blackwater” in Season 2, the “Battle of Castle Black” in Season 4), so it’s a decent bet that many amateur Game of Thrones prognosticators will be betting on the former for “The Dance of the Dragons.”

The emphasis on those penultimate episodes has proved an effective strategy for Benioff and Weiss. Though the show fills its seasons with blood and surprises, saving the biggest moments for the second-to-last hour enables the duo to move all their many, many chess pieces into the necessary positions. Then in the finale, they can begin to deal with the fallout of whatever bloodletting took place in the previous hour while wrapping up other storylines that hadn’t been given as much attention.

Without getting too much into the specifics, here’s a non-spoiler preview of what we could see on Sunday night:

Read next: Here’s Game of Thrones as an Episode of Seinfeld 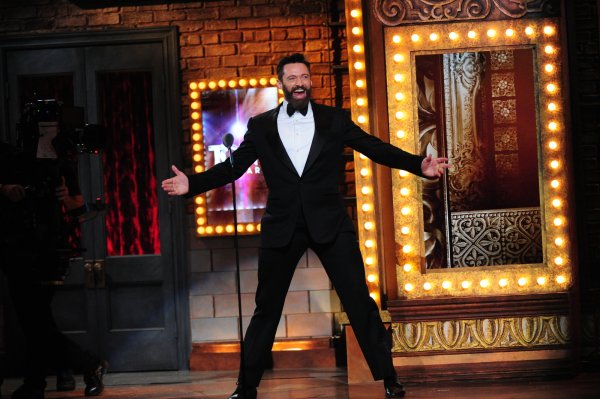 Hugh Jackman's Advice for the Hosts of the Tonys: 'Don't Hop In Your Opening Number'
Next Up: Editor's Pick