The Vaccine for Type-1 Diabetes Is Moving Forward

A promising vaccine that has the potential to reverse the symptoms of type I diabetes—an autoimmune disease often diagnosed in childhood—is heading on to a phase II trial, which will test the vaccine on humans with the chronic disease.

The vaccine, called bacillus Calmette-Guérin (BCG) has succeed in reversing type 1 diabetes in a trial among mice and in a phase I trial in 103 humans. The new trial, which the researchers announced on Sunday at the Scientific Sessions of the American Diabetes Association, will last for five years and will test the effect of the vaccine on people with type 1 diabetes among adults between ages 18 to 60. The vaccine may be able to improve the disease in people who have small but detectable levels of insulin coming from their pancreas. Lead researcher Dr. Denise Faustman, director of immunobiology at Massachusetts General Hospital (MGH), estimates that about one million people with type 1 diabetes still produce some insulin.

BCG is already FDA-approved as a vaccine for tuberculosis and as a bladder cancer treatment. Researchers have shown that the vaccine can eliminates problematic white blood cells that lead to type 1 diabetes by destroying the beta cells that make and release insulin into the blood.

Previously, the study authors showed they were able to temporarily eliminate the abnormal white blood cells and provide a small return of insulin. The new trial will provide more frequent doses of the vaccine over a five year periods in 150 adults with the disease. The researchers hope that the vaccine will produce better blood sugar control and could be used to treat advanced disease.

“Type 1 diabetics are a pretty skeptical audience,” says Faustman. “There’s been a lot of disappointment [from other research].”

Faustman says the trial is ambitious because it is focusing on people who have had type 1 diabetes for many years. Other research has looked at treating people with diabetes close to diagnosis. Faustman says that the trial will also help determine what type of dosing may be needed for the vaccine to be successful. 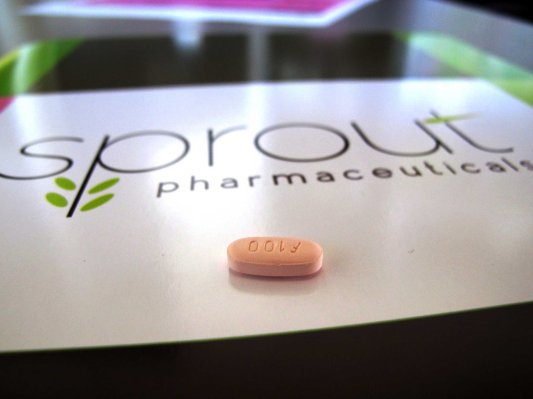 FDA Panel Votes in Favor of 'Female Viagra'
Next Up: Editor's Pick