Samsung Accidentally Posted Everything About Its Newest S6 Phone

A general view of the Samsung booth at the 2015 International CES at the Las Vegas Convention Center on January 6, 2015 in Las Vegas, Nevada.
David Becker—Getty Images
By Benjamin Snyder / Fortune

Samsung US appears to have posted the entirety of the S6 Active’s user manual online, although the new Galaxy smartphone has yet to be officially announced. The manual has since been taken down.

9to5Google reports that the phone’s manual is 108 pages long and includes detailed information about the phone’s features. This isn’t the first time that information has leaked about the Galaxy S6 Active — there have been past image leaks of press renders as far back as last month.

According to the leaked manual, the S6 Active will have a 5.1 inch display, 32GB of storage and 16MP and 5MP rear- and front-facing cameras, respectively.

Investment bank Oppenheimer released a research note last month arguing Samsung is “placing a wrong bet” on its Galaxy S6 flagship as sales have been dipping in recent months. 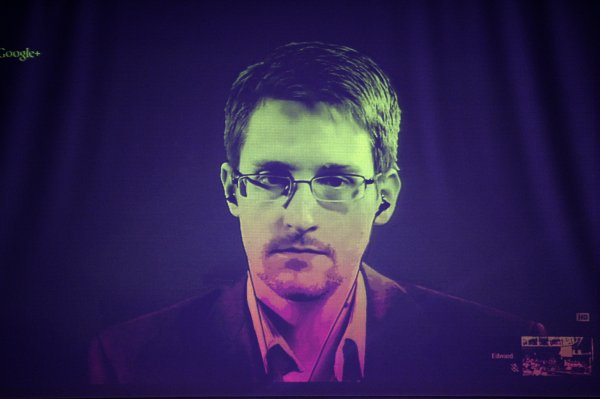 Edward Snowden: Privacy Remains 'Under Threat'
Next Up: Editor's Pick