Could Iran Play a Part in E.U. Energy Security?

Azerbaijan’s energy minister, Natig Aliyev, says the gas pipeline originating in his country can also transport fuel to Europe through the Trans-Anatolian Pipeline (TANAP) from Iran and other neighboring nations in both the Middle East and Central Asia.

“Gas from Turkmenistan, Iran, Iraq, as well as from Israel and Cyprus, can be connected to the Southern Gas Corridor,” Aliyev told the Caspian Oil & Gas Conference in Baku on June 3. “The extensive work done by Azerbaijan stands behind all of this.”

The minister said that as Europe is looking for alternatives to Russian gas, its attention is being drawn increasingly to Azerbaijan because it could provide “a new source of energy for Europe, and it offers Europe new routes.”

Azerbaijan could become a major source of energy for the West, Aliyev said, given that it produced 42 million tons of oil and 29 billion cubic meters of gas in 2014. Looking to the future, he said, his country intends to maintain that level of oil output, or even increase it to 45 million tons per year, and that it plans to double its output of gas.

Aliyev pointed to Europe’s growing concern about its current reliance on gas deliveries from Russia via a pipeline that transits Ukraine. Because of political and pricing disputes between Kiev and Moscow, these deliveries have been briefly interrupted three times in the past nine years. “Europe imports about 90 percent of oil, 60 percent of gas and 42 percent of coal,” he said.

TANAP would run west from Baku, through Turkey, then the Balkans and connect with the Trans-Adriatic Pipeline (TAP), which finally would deliver the gas to Italy and on to the rest of Europe. Already Turkmenistan, on the other side of the Caspian Sea from Azerbaijan, has expressed interest in joining TANAP, and Aliyev said Iran, with its huge energy resources, also would be a prime candidate.

A month ago, Iranian Oil Minister Bijan Zanganeh said his country is eager to join in on Azerbaijan’s oil and gas projects when and if Western sanctions imposed because of Iran’s nuclear program are lifted as a result of negotiations between Tehran and the five permanent member of the U.N. Security Council – Britain, China, France, Russia and the United States – plus Germany.

“Iran’s cooperation with the world was always good,” Zanganeh said at the time, “but they were unkind to us. However now they are returning to the cooperation.” Besides, he said, Iran has more energy reserves than it can consume domestically.

And on June 3, addressing Aliyev’s comments, Mohsen Pakaein, Iran’s ambassador to Azerbaijan, said his government was considering the invitation to join TANAP as part of Tehran’s plans to establish a strong presence on the world’s gas market.

Construction already has begun on TANAP, while a rival pipeline through Turkey, sponsored by Russia, is still in the planning stages. Whichever of these two conduits is completed would replace Russia’s South Stream pipeline to Europe, a project that was scuttled in late 2014 because of an EU rule that forbids one entity from owning both the pipeline and the gas it carries. 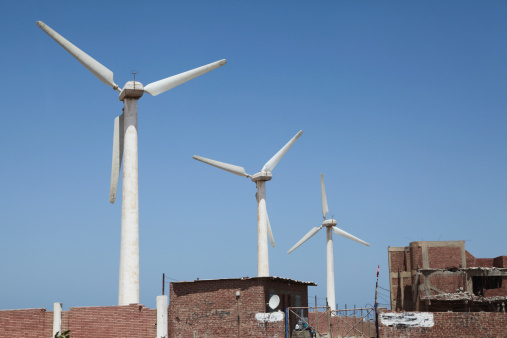 Could Middle East Switch From Oil to Renewable Superpower?
Next Up: Editor's Pick