Why MasterCard Should Buy American Express

A fan uses MasterCard with Apple Pay to pay for garlic fries before Game Three of the 2014 World Series at AT&T Park on October 24, 2014 in San Francisco, California.
Rob Carr—Getty Images
By S. Kumar

Last week, American Express was hit by tragedy when its President, Ed Gilligan, died unexpectedly. Sad as Gilligan’s death is, it’s only the latest setback for the charge card pioneer associated with the famous tagline ‘Don’t leave home without it’. Fierce competition from payment processing giant Visa, the loss of high profile clients like Costco, pushback from merchants, and antitrust probes have plagued the company in recent years and resulted in large layoffs.

Amex’s Q1 2015 earnings were slightly better than in 2014 and the company continues to be the second largest credit card brand in the U.S., but it accounted for only 15% of total purchase volume in 2014 compared to 56% for Visa, according to Nilson Report statistics analyzed by MarketWatch. Even MasterCard, which held 26% of the market, lagged far behind Visa. Part of Amex’s problem is a lack of debit card products, but even when comparing only credit card transactions, Visa was the sole vendor to show an increase.

For these and other reasons, this might be a good time for MasterCard to consider buying Amex.

MasterCard may enjoy wide usage but Amex has held the highest rank in customer satisfaction for several years running, according to consumer survey firm J.D. Powers. The brand value of Amex’s sterling reputation and expertise in helping customers resolve fraud, merchant error, and other problems, as well as its popular rewards programs and extensive travel-related services, should not be underestimated.

There is also Amex’s closed loop model through which it manages the entire payment process from start to finish. That enables the company to collect reams of data on its customers, an extremely valuable marketing tool. MasterCard can leverage all these to improve its own offerings and differentiate them further from Visa.

Even though Amex makes most of its money from the fees it charges merchants- its primary charge card model requires balances to be paid off in full and therefore doesn’t generate much in interest – its ability to lend is a huge advantage that could enhance MasterCard’s bargaining power with banks and other financial institutions that use its payment network.

The reason this is significant is because it would enable the company to lower the interchange fees that it needs to charge merchants in order to entice banks to lend. Such fees have come increasingly under fire by both regulators and merchants but MasterCard has been at the mercy of the banks. Having its own balance sheet through Amex, however, would give MasterCard the leverage it needs to negotiate better rates that don’t alienate merchants.

Amex’s customer base skews wealthier than that of MasterCard due to the appeal of its high end perks and luxury brand image, according to a study by wealth-research firm Phoenix Marketing International cited by Bloomberg. It also commands a large share of the business credit card market through its ubiquitous Corporate Card, as pointed out by investor site Motley Fool.

This is, in fact, the primary reason that Amex can charge high interchange fees. A wealthy demographic translates into higher revenues for merchants since individual transactions tend to be larger and because corporations and wealthy individuals are more likely to use plastic to pay for purchases than cash. While some merchants have objected to Amex’s higher fees, they are also hesitant to turn away the rich customer base the company delivers to them.

In the same vein, by acquiring Amex, MasterCard would gain access to this lucrative client base. It’s also possible that a combined MasterCard-Amex could offer a ‘blended’ fee structure for both types of cards that merchants find acceptable but which preserves profitability for the merged company.

Just as MasterCard could benefit from Amex’s cachet amongst businesses and wealthy cardholders, Amex needs MasterCard’s platform to reach mainstream consumers. There was, for example, the loss of Amex’s key account with Costco, estimated by analysts to be worth about $80 billion in billed business, to a Visa card from Citigroup. And even as Amex makes overtures to smaller customers, Visa has been going aggressively after its wealthy clients with its Black Card, better incentives, and luxury concierge services. In other words, Amex is under fire on both fronts.

MasterCard also provides debit card services for banks and other financial institutions, a rapidly growing segment that accounted for 42% of all card transactions in 2014 but one that Amex doesn’t play in at all.

By merging, Amex and MasterCard could potentially take advantage of each other’s complementary product lines and expertise in serving their respective customer bases, which would enable them to take on Visa with considerably more market power.

While MasterCard’s stock price has risen by more than 20% over the past year, Amex shares have fallen by 16%. That makes Amex a cost-effective buy. Moreover, Amex trades at a lower price-to-earnings multiple of 14x compared to 28x for MasterCard. That fact would make the acquisition of Amex highly accretive to MasterCard’s earnings in an all-stock deal since each share of Amex would bring a proportionally larger share of earnings to the latter company.

In fact, the present vulnerability of Amex due to its challenges offers an ideal opportunity for MasterCard to snap up the company at a reasonable price and start giving its arch rival Visa a serious run for its money.

Kumar is a tech and business commentator. He has evaluated mergers and acquisitions in the technology, media, and telecom sectors for leading investment banks, including PaineWebber, and provided strategic consulting to media companies and hedge funds. He has an MBA from Columbia Business School and received an award for ethics in business while in the program. Kumar does not own any shares of the companies mentioned in this article. 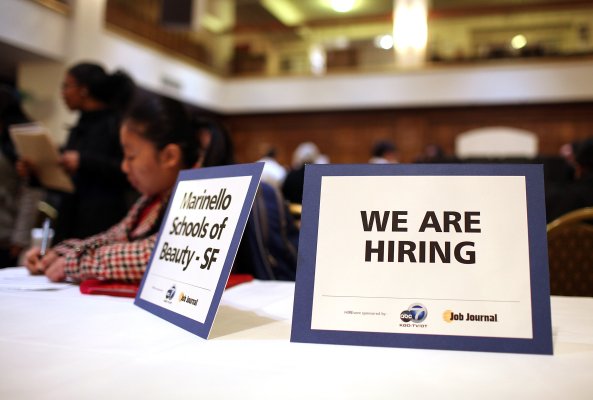