How Stolen Prescription Drugs Might Be Fueling Baltimore's Crime Surge

Hundreds of thousands of prescription drugs looted during deadly riots in Baltimore over the death of Freddie Gray may be to blame for a recent surge in violence in the city.

Baltimore Police Commissioner Anthony Batts on Wednesday said that at least 175,000 doses of prescription drugs stolen from 27 pharmacies and two methadone clinics during April’s riots have flooded Baltimore, leading to turf wars and violence over their illegal resale.

Officials are also concerned that private information like names and addresses found on drug labels could be subject to misuse and potentially lead to identity fraud.

Since protests broke out on April 27 following the death of Freddie Gray, who died in police custody from a severe spinal injury, violent crime has spiked in Baltimore. Last month, there were 43 homicides in the city, the most in a single month since 1978.

Many criminal justice experts, and the city’s police union, say that some criminals now feel emboldened following the riots. Arrests, meanwhile, have decreased significantly over concerns by some officers that they’ll be charged for improper use of force. Six officers have been indicted in Gray’s death.

“It could create more robberies,” Moskos says. “That’s certainly possible, but my guess is it doesn’t really matter.” Moskos says he believes that the recent spike in violent crime is due more to a reluctance by police to make arrests. 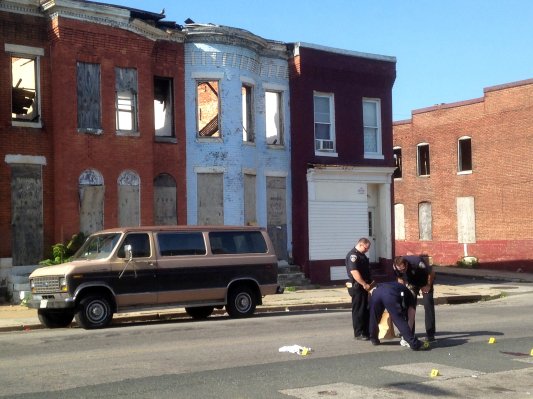 What’s Behind Baltimore’s Record-Setting Rise in Homicides
Next Up: Editor's Pick