Democrats Get a Primary

It should be noted that Martin O’Malley, the former governor of Maryland, got off the first sledgehammer line of the 2016 Democratic primary campaign when he announced his can-didacy on May 30: “Recently the CEO of Goldman Sachs”—the huge investment bank—”let his employees know that he’d be just fine with either Bush or Clinton.” And here O’Malley paused for effect. “I bet he would!” He went on, as a ripple of laughter and cheers swept the crowd, “Well, I’ve got news for the bullies of Wall Street. The presidency of the United States is not a crown to be passed back and forth, by you, between two royal families.”

The zinger captured the current 2016 campaign zeitgeist on several levels. There is a yeasty popu-lism rising in both parties. Among the Democrats, it’s anti-Big Business; for the Republicans, it is anti-Big Government (and labor). There is also a rising discomfort with the aforementioned royalist candidates, Jeb Bush and Hillary Clinton. Bush’s relatively moderate conservatism separates him from the pack temperamentally, but he is hardly the front runner at this point. No one is. Clinton is very much the presumptive Democrat, but not a very dynamic or compelling one. Indeed, the entry of O’Malley and Vermont’s Bernie Sanders into the race during the last week of May produced something of an energy jolt among Democrats, who have a preternatural need for a horse race, even when the horses are lame, and a long-festering desire for an ideological fight between left and center.

It should come as no surprise that Sanders seems to be catching fire among the leftish faithful, drawing big crowds and scoring double digits in an Iowa poll. He is a recognizable Democratic type–the prophet scorned, gushing rumpled authenticity. Usually, this phenomenon occurs when Democrats find themselves enmeshed in a foolish war: Eugene McCarthy in 1968, George McGovern in 1972, Howard Dean in 2004. Sanders’ distinction is that he is an economic Jeremiah, pitchforking the depredations of Wall Street. This is fertile turf. It is a fight that has been coming since moderate Democrats began courting Wall Street donors in the mid-1980s. Bill and Hillary Clinton’s wanton sloshing about in the plutocratic pigpen of their foundation makes it a particularly fat target this time. Sanders flies commercial.

But the populist case against the Clinton-Obama economic policies has real substance as well. It is no coincidence that the fundamental distortion of the American economy, with the deck stacked to benefit the financial sector, also dates back 30 years, when Democratic Congresses began to slip pro-bank provisions into the tax code, reaching a peak during the Clinton Administration with the demolition of the wall between commercial and investment banking and the flagrant refusal to regulate exotic derivative financial instruments—which, in turn, led to the Great Recession.

Both Sanders and O’Malley would take specific action against the Wall Street giants. They would break up the too-big-to-fail banks; they would reinstate the Glass-Steagall rules that used to separate legitimate banking from casino gambling. And if O’Malley got off the best zinger of the early campaign, Sanders has the best policy proposal: a tax on Wall Street transactions, tiny enough to impact only the computer-driven churning that makes the markets more volatile than they should be. He would spend some of the proceeds on a $1 trillion infrastructure-improvement program that would create, Sanders estimates, 13 million jobs—another good idea.

This should be a bright line in the primary, the most important substantive issue facing Hillary Clinton: How would she reform the tax and regulatory codes that unduly favor the financial sector?

I went to an O’Malley house party in Gilford, N.H., on the last day of May and met Johan Anderson, 68, who had been a successful sales executive but is now working two minimum-wage jobs to augment his Social Security. He had been a Republican and a town official in Stamford, Conn., “back in the days when you could be a Republican and a human being”—that is, before the party’s rightward lurch. Now he was engaged in the ancient New Hampshire pursuit of candidate shopping. “I really respect Hillary Clinton,” he said. “She’s obviously very smart and experienced. But I wonder about her leadership abilities. She made a mess of her health care plan [in 1994], and she didn’t organize her last campaign very well [in 2008]. My heart is with Bernie Sanders. I’d love to vote for him, but can he win? O’Malley is young [52] and brings a real freshness and energy to the race.” 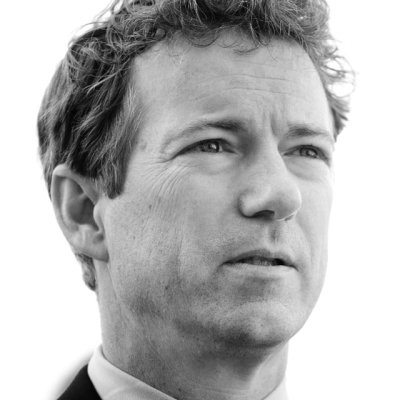 Don't Trust a Lying Government
Next Up: Editor's Pick