Review: In Spy, Melissa McCarthy Is a New Kind of Bond Girl

Like all the most mesmerizing, creative daredevils, Melissa McCarthy would rather take a comedy risk and flop than inch by on cautious humor. The star of the CBS sitcom Mike & Molly nailed her Hollywood act—big, bawdy, sharply funny and physically fearless–in Bridesmaids and The Heat; she missed the mark with a splat in Identity Thief and Tammy. Her ability to pick herself up, dust herself off, throw on a different wig and jump into the fray again is a large part of her charm. It’s a charm–not to mention a wig collection–that she puts to her best career use yet in Spy.

To call this joyfully zany movie a spy spoof is technically accurate but categorically limiting. The splat-proof crowd pleaser is a well-plotted (and well-shot) action pic with opening credits that give the 007 franchise a run for its money. It’s also a specimen of inventive casting: along with McCarthy as unlikely CIA agent Susan Cooper, Spy includes the storklike British TV comedy star Miranda Hart as Susan’s office pal Nancy and a pop-eyed Jason Statham as a uselessly testeronic fellow agent in a barmy send-up of his own career as a bullet-headed tough guy. And as written and directed by Paul Feig–who, with the success of Bridesmaids and The Heat behind him and the making of an all-girl Ghostbusters ahead, is the most profitable male filmmaker a funny female star can ask for these days–Spy sneaks smart gender commentary into the script’s blockbuster-appeal laughs.

Susan is at the top of her class and great at her job but consigned–the result of roads not taken and career options narrowed for plus-size, middle-aged single women–to working behind the scenes. She spends her days in a rat-infested office tracking agents’ movements on her computer monitor and coaching the ridiculously Bondesque agent Bradley Fine (Jude Law) through his earpiece. And even though he is a spy who doesn’t love her, Susan’s devotion to her man is personal as well as professional. Really, she completes him. But she has all the self-confidence of a mouse, not a rat; she’s the drab homebody who bakes cakes for her workmates.

Still, when Bradley is cut down in the line of duty by slinky Bulgarian meanie Rayna Boyanov (Bridesmaids colleague Rose Byrne in full comedic flower)–who is herself up to her ruby lips in no-goodnik arms dealing–Susan persuades a reluctant boss (Allison Janney) to let her infiltrate territory too dangerous for the better-known CIA operatives already on the ground. After all, who better to stop Rayna’s nefarious schemes than an agent invisible to the enemy?

The vital joke in Spy–the aha moment of shared triumph between McCarthy and Feig and soon a trillion lady viewers–is the demonstration of what life is like for a woman like Susan, who has always felt invisible. At a crowded bar, thirsty for after-work drinks, wide Susan and long Nancy are apparently literally invisible to the bartender; meanwhile, a glam, sexy colleague (Homeland‘s Morena Baccarin) is served in a trice. And when Susan is first fitted out with alias identities for her European posting, her wardrobe, wigs and backstories are variations on dowdy heartbreak and touristic American frumpery that make her look, she says, “like someone’s homophobic aunt.”

Yet when, in a moment of quick thinking to infiltrate Rayna’s inner circle, Susan marshals her top-notch instincts and skills, she drops the meek look, dresses in smashing black garments and speaks what is on her mind, pouring out a hilarious torrent of truth telling and score settling. As McCarthy and Byrne carry on a filthy volley of insults (with what is surely secret sisterly glee), Feig keeps his Spy machinery cranking so smoothly that nothing said or done feels as outrageous as, in fact, it is. The truth serum Spy drops into our fizzy drinks makes us feel so good that we don’t even realize we’ve been schooled. 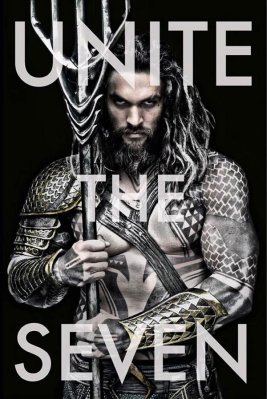 Furious 7 Director to Helm Aquaman Movie
Next Up: Editor's Pick