Will This Be America’s Next Economic Crisis?

The U.S. economy has, by and large, recovered from the financial crisis of 2008–09. The Federal Reserve’s strate-gy of keeping interest rates exception-ally low led to rebounds in the stock market, housing prices and consumer demand, which in turn chipped away at unemployment. The difficulty now is getting the economy to grow again while the Fed returns interest rates to normal.

The Fed’s challenge is made more complex by the negative effects of both short- and long-term interest rates being so low, which have induced investors and lenders to take additional risks. The most obvi-ous form of such risk taking is buying longer-term securities. Since long-term bonds pay higher inter-est rates than Treasury bills or money-market funds, investors have been tempted to buy them. When the interest rate on 10-year Treasury bonds rises from about 2.2% now to a more traditional yield of about 5%, the current buyers of long-term bonds will experience a substantial loss should they try to sell them before maturity. Similar dynamics–and their potentially hazardous consequences–are at play in the stock market and real estate.

The low-interest-rate environment com-bined with the recent changes in government bank regulations has created a problem that I call a liquidity mismatch. Low interest rates have led to an enormous increase in the issuance of corporate bonds. Many of these bonds have been bought by traditional mutual funds and exchange-traded funds. The individuals who have invested in those funds believe–rightly–that they have complete liquidity, that they can demand cash for their investments on a day’s notice. To meet that call for cash, the mutual funds must sell the bonds they hold.

It is not clear, however, who will buy those bonds. The traditional buyers in such stress situa-tions have been commercial banks. But those banks have been discouraged from playing that role by the Dodd-Frank banking legislation and by the capital requirements that raise the cost of holding bonds for banks. The result of this liquidity mismatch could be very sharp declines in bond prices when inves-tors begin to sell.

The increased risk taking created by the Fed’s policy of exceptionally low interest rates involves lenders as well as investors. To maintain their prof-its, banks and other lenders are extending credit to high-risk borrowers, including those who already owe substantial amounts of debt. And the terms of recent bank loans are more lenient, with so-called covenant-lite loans imposing fewer requirements on borrowers and therefore providing less protec-tion to the lenders.

For its part, the federal reserve intends to keep interest rates exceptionally low. The Fed acknowledges that the short-term federal-funds rate should eventually rise to about 4% from the near-zero level it is at today. But the Open Market Committee, which sets Fed policy, is predicting that it will keep that rate at less than the rate of inflation through 2016. Even by the end of 2017, the federal-funds rate will exceed inflation by only about 1%. This rate is too low for an economy that is already so close to full employment.

The Fed is pursuing its strategy of very low in-terest rates for two reasons. First, it would like to increase demand in order to reduce the current low unemployment rate even more. While there is no doubt that there are people who would like to work full time but cannot find a job, the Fed’s goal of an unemployment rate below 5% is unsustainable and will lead to more rapidly rising inflation. Second, the Fed fears that the financial markets will react to rising short-term rates by pushing up longer-term rates, widening credit spreads and reducing equity values. That in turn could destabilize the economy.

The danger, though, is that by waiting, the Fed will be forced by the arrival of higher inflation rates to raise the federal-funds rate more rapidly than it and the financial markets now anticipate, causing greater instability in bond and equity markets with adverse effects on the real economy.

The Fed’s hope to return interest rates to tradi-tional levels without destabilizing the economy is an understandable goal, but it may not be an achievable one. The Fed used the unconventional monetary policy of exceptionally low interest rates for an extended period of time to cure a very deep recession. It succeeded in doing that, but the coun-try may have to pay a price for this extreme policy. Only time will tell.

Feldstein, the George F. Baker Professor of Economics at Harvard University, was chairman of the Council of Economic Advisers in the Reagan Administration 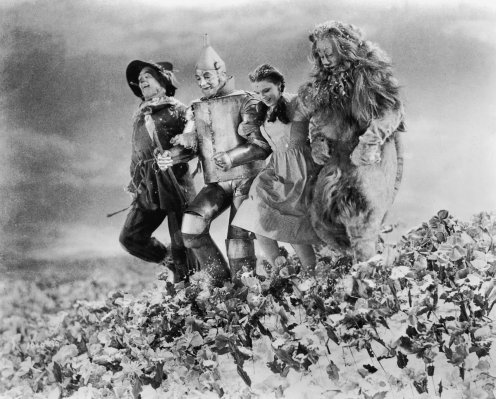 What 'The Wizard of Oz' Can Teach Us About Inequality in the 21st Century
Next Up: Editor's Pick