Snoozing and Losing With Sleep Apnea

Take pity on the Snorer. He may wreak bedtime Havoc on his Bunkmate, but his snoring may also signal that something serious is going on under the hood. Not all people who snore have an underlying health problem. But those with sleep apnea, a disorder in which people momentarily stop breathing while they sleep, nearly always snore. Experts speculate that the number of people with the disorder is on the rise–up to 25 million Americans, most of them men–because of obesity. Although the disorder requires a visit to a sleep specialist to diagnose, the consequences of untreated sleep apnea are as serious as they are unexpected. A new study found that men with the disorder were twice as likely to be depressed as men without it. But breathing devices, lifestyle changes and surgery can improve the overall health of unknowing sufferers (not to mention that of their bedmates).

In obstructive sleep apnea (OSA), a blockage or collapse in the airway makes it hard for oxygen to reach the lungs. The air that does get through the blockage can result in snoring.

That lack of air in the lungs–not the snoring–causes blood-oxygen levels to plummet, leading the brain to interrupt sleep.

In central sleep apnea, which is less common, the brain doesn’t correctly send signals to the muscles that control breathing.

As with OSA, that lack of airflow lowers blood-oxygen levels, which triggers the brain to interrupt sleep, sometimes resulting in a gasp. This often happens repeatedly throughout the night. 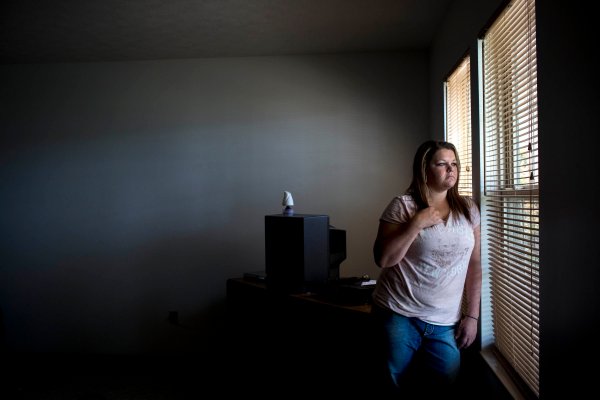 Why America Can’t Kick Its Painkiller Problem
Next Up: Editor's Pick