Science Magazine retracted a career-advice column published Monday that counseled a student to “put up with” sexual harassment, a move that came after critics took to social media to lambast the author, an established female scientist.

A young researcher wrote into the advice columnist, Caltech faculty member Alice Huang, asking for help with a new advisor. “Whenever we meet in his office, I catch him trying to look down my shirt,” the student wrote (the link is a cached version of the piece). Huang replied that the advisor’s inappropriate glances likely did not qualify as sexual harassment legally speaking, so the student should just get over it.

“As long as your adviser does not move on to other advances, I suggest you put up with it, with good humor if you can,” Huang wrote. “Just make sure that he is listening to you and your ideas, taking in the results you are presenting, and taking your science seriously. His attention on your chest may be unwelcome, but you need his attention on your science and his best advice.”

It’s disheartening advice from a woman in science with an impressive résumé. Female scientists already struggle enough against sexism in research labs without unwanted sexual attention. A 2014 study showed that male faculty members were less likely than female faculty members to hire female trainees in their labs. Beyond that, the study noted, the more accolades that a male scientist has, the less likely he is to hire qualified women.

The online backlash was swift and predictable. The hashtags #worsesciencecareeradvice and #dontAskAlice quickly emerged.

Following the outrage, Science removed the article from its site and posted a retraction. 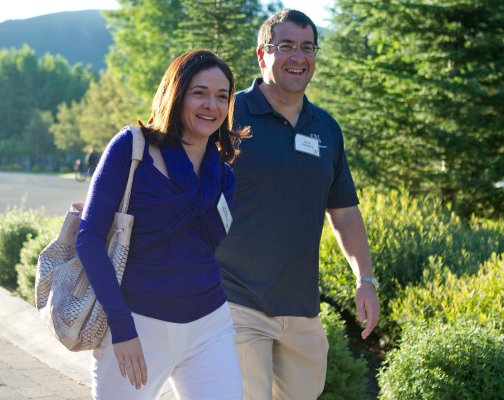 What Sheryl Sandberg Learned About Motherhood Through Grief
Next Up: Editor's Pick