Microsoft has just unveiled a new phone that costs $20.

The Nokia 105 handset is aimed at emerging markets, and it’s designed to get more people connected through 2G technology, according to a statement on the company’s website: “Microsoft’s most affordable mobile phone empowers people around the world to have a voice by bringing new mobile opportunities to their fingertips,” the statement said. “The new Nokia 105 builds on the success of its predecessor, the award-winning Nokia 105, and adds several improvements to enable you to achieve more.”

In addition to upgraded audio, the new Nokia 105 also allows users to store more contacts, and it has a battery that lets users keep power on their phone for over a month. It also comes equipped to play FM radio.

The move comes as Microsoft announces a partnership with chipmaker Intel for low-cost Windows 10 phones. Historically, Windows phones have sold only 34.9 million globally, capturing just 2.7% of the market share, according to PC World. Those phones with Intel’s X3 chips come priced from $75 to $249. 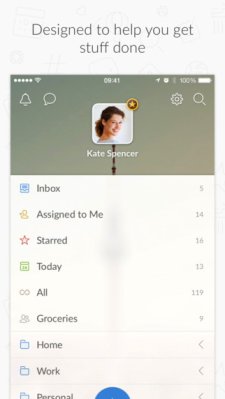 Microsoft Bought One of the Best To-Do List Apps
Next Up: Editor's Pick