Pope Francis the Chemist Should Give Congress a Science Lesson

Pope Francis attends his weekly audience in St. Peter's square on June 3, 2015 in Vatican City, Vatican.
Franco Origlia—Getty Images
Ideas
By Robert Christian
Robert Christian is the editor of Millennial, a PhD candidate in politics at The Catholic University of America, and a graduate fellow at the Institute for Policy Research and Catholic Studies.

Republican presidential candidate Rick Santorum has called on Pope Francis to “leave science to the scientists” in an effort to avoid supporting the pope’s message on protecting the environment and fighting climate change. With the pope’s upcoming encyclical, or letter, on the subject set to be released in the next two weeks, it’s unlikely that this will be the last time we hear a prominent Republican use this line. One big problem: Pope Francis is no scientific illiterate. He has a certification as a chemical technician and worked as a chemist.

Perhaps when the pope addresses a joint meeting of Congress later this year, he will not just provide some moral instruction, but also clear up a few scientific matters, too.

Pope Francis defies the liberal-conservative divide that shapes Congress, and given his straightforward, pull-no-punches approach, he will likely challenge both Democrats and Republicans to reject the “throwaway culture” that he has repeatedly denounced during his papacy. In particular, the pope is likely to challenge Republicans to accept the reality of climate change and to support measures that would protect the environment. Meanwhile, he’s likely to challenge Democrats on abortion, as he treats the issue as integral to social justice and the defense of human rights.

The pope’s upcoming encyclical will likely highlight the impact of climate change on the poor, something that increases the imperative to act urgently, given the Catholic Church’s “preferential option for the poor and vulnerable.” The overall framework is likely to call for an end to the “economy of exclusion” and “globalization of indifference” that has fostered irresponsible environmental policies. Francis will also likely challenge the West’s consumerism and disregard for future generations, while calling for sustainable integral human development that reflects the responsibility to care for God’s creation. While many Democrats would cheer this message, many Republicans would likely squirm in their seats.

Santorum is not the only one nervous about the upcoming encyclical. Conservative and libertarian Christians have already begun to push back, attempting to undermine the authority of the pope on this issue. Republicans, including practicing Catholics like John Boehner, have been quick to denounce proposals to combat climate change as job killers that threaten the economy. When asked about the strong scientific consensus on climate change, they plead ignorance, arguing they are not qualified to assess the evidence because they are not scientists, and now they are trying to include Pope Francis in their supposed circle of ignorance.

While Pope Benedict was labeled “the Green Pope” for his strong stance on environmental protection, he did not face this type of backlash. The difference has been the rising tension between a pope who frequently and relentlessly denounces under-regulated capitalism and a Catholic Right in the United States that is enamored by free-market fundamentalism.

But we may also see Francis ask members of Congress to accept scientific consensus on another issue, and this time, it would be Democrats, not Republicans, squirming in their seats.

When asked about when a child “gets human rights,” President Barack Obama, as a candidate in 2008, said that from both a theological and scientific perspective, this question was above his pay grade. This dodge may have reflected his desire to avoid a philosophical debate in which a distinction is drawn between a child’s personhood and his or her humanity.

Yet Pope Francis has said, “Science has taught us that from the moment of conception, the new being has its entire genetic code. It’s impressive. Therefore, it’s not a religious issue but, rather, a clear moral issue with a scientific basis, because we are in the presence of a human being.” Pope Francis may very well reiterate his point that “it is not ‘progressive’ to try to resolve problems by eliminating a human life.” He will likely connect opposition to abortion to support for pregnant women and families, along with other issues that threaten the vulnerable, such as poverty and human trafficking, as he has in the past. 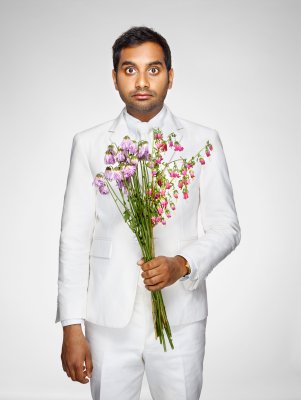 Aziz Ansari on Love in the Age of Like
Next Up: Editor's Pick