How FIFA's Sepp Blatter May Have Outmaneuvered Everyone

And so Sepp Blatter has defied all expectations and announced his intention to step aside from the presidency of FIFA after 17 years at the helm. Despite numerous scandals afflicting the organisation he ran, he won four successive elections. Finally, it seems that the long arm of American law has finally reached close enough to FIFA’s heart to force its leader to step down.

FIFA has been part of Blatter’s life for 40 years. He was headhunted by Horst Dassler, the CEO of German sportswear firm Adidas, and learned his trade at Adidas’ headquarters in Landersheim. He then became a technical director in 1975 before assuming the role of Secretary General in 1981. He finally ousted his mentor, João Havelange, in 1998, to become president.

Significantly, despite every news organisation stating that he had resigned, he did not use the word in his brief press conference. The masterful politician remained in control until the end, and left us not entirely certain if it is indeed the end.

Until we hear differently – and this is a fluid situation – he is still at FIFA. More importantly, he is setting the agenda.

In other words, we may have just witnessed a piece of skill and mastery to remind us of Argentina hero Leo Messi. While his opponents are busy fighting over who will succeed him, it appears he will be setting the agenda for when they finally replace him, and the seeds were in his announcement.

The master tactician may have outmanoeuvred everyone. Within his brief announcement there are statements that should cause concern. He suggested that the executive committee must be reduced in size and its members “should be elected through the FIFA Congress”.

This looks like a clever ploy to remove the additional members that are there for historical reasons. Chief amongst these will the anachronistic position for the home countries such as England, held due to their position as the inventors of the modern game.

Blatter continued his brief manifesto for change by saying that: “The integrity checks for all executive committee members must be organised centrally through FIFA and not through the confederations.” This is another clever piece of politics.

By centralising the checks within FIFA, he is accumulating more power for the organisation – at the expense of the regional confederations. This can be seen as a swipe at UEFA, who have attempted to act as a morality check on Blatter and his cabal. Blatter was angry that his former supporter, UEFA’s president Michel Platini, had threatened to boycott the World Cup

Blatter is ruthless. When his relationship with his former Secretary General Michel Zen-Ruffinen soured, he established a separate administration within FIFA to ostracise him, and then had him removed. He said to his former supporter Mohamed Bin Hammam that he would set a limit for two terms for presidents to allow the Qatari to stand. When Bin Hammam did stand against him, Blatter brought down the full weight of the FIFA ethics committee onto his head.

Now Blatter is suggesting term limits for the position of president and executive committee roles. By bringing them in now, he neuters whoever replaces him. Despite saying that he has been blocked in the past, he has been the one in control. And he is not relinquishing it yet.

Football fans should not assume that this is the last we will see of Blatter. It is worth noting that Article 19 of the FIFA statutes explicitly states:

After successfully defending his presidency only five days ago, would anyone be surprised if he was voted into an honorary role? His predecessor João Havelange was elected honorary president despite allegations of corruption.

And these positions still attract the highly generous FIFA expenses package. Blatter is a wily old fox. One does not remain atop the FIFA pyramid for so long without knowing how to play politics. Even when the world thinks he has stepped down, it may just be that he has done anything but. 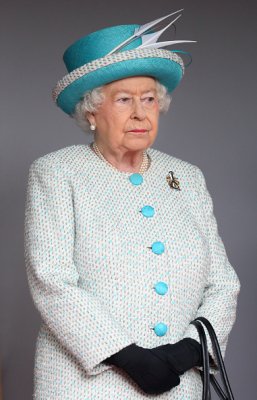 Stop Paying the Queen With My Taxes
Next Up: Editor's Pick