Dance Supergroup Galantis: Why We Love When People Cry on the Dance Floor

Galantis isn’t your typical dance group. They write songs differently, starting with the melody rather than the beat—and they write lyrics differently, unconcerned with whether or not they’ll be singable in a club in the wee hours of the morning. On June 8, after making waves with a handful of popular singles, the powerhouse pairing of Christian Karlsson and Linus Eklöw released their first full-length album, Pharmacy.

Prior to teaming up with Eklöw, Karlsson wrote and produced for headliners like Madonna, Kylie Minogue and Britney Spears, with whom he won a Grammy for Best Dance Recording for “Toxic.” He’s also a founding member of the Swedish indie pop band Miike Snow. Eklöw, also known by his stage name Style of Eye, has written and produced for major acts like Usher, Lily Allen and Swedish House Mafia, in addition to touring internationally as a DJ.

On Pharmacy, Galantis prioritizes songwriting as much as they do danceability. Though the songs are composed electronically, the skeletons of their live-instrument studio conception are detectable, more pronounced in some songs than in others. “Gold Dust” takes its time developing from a stripped-down, emotional piano ballad to a roaring club anthem, with no trace of a rhythm section until the 1:30 mark. The infectious single “Peanut Butter Jelly” samples the 1960s soul singer Bettye Swann, lending major retro vibes to its pulsing contemporary beat.

Karlsson and Eklöw talked to TIME about their rare approach to songwriting, why Swedish songwriters have been so successful in America and why they love to see people crying on the dance floor.

TIME: What was the genesis of Galantis?

Karlsson: We’re from the same circle of friends in Stockholm, but we didn’t actually know each other. It wasn’t until Miike Snow, my other band, put out our first single, “Animal,” and I was a huge fan of Linus—

Eklöw: And I was a huge fan of Miike Snow.

Karlsson: I asked Linus for a remix and he said yes. Then we met in the studio, started to play music for each other, and that was the seed of Galantis.

When did each of you first get into music?

Karlsson: I started as a 13-year-old. I come from skateboard culture, so it was punk rock, and I got into hip hop when hip hop got into skateboarding. I had never done anything else but music. I never had a job.

Eklöw: I started playing drums when I was 10 and went through my phase of playing Rage Against the Machine covers. But then I got into soul and jazz and started mixing that up with techno. I went through a phase of pretty much every style of dance music there is.

Can you walk me through how you construct a song from the ground up?

Karlsson: We almost always start from melody and chords and then maybe a lyric idea. Usually piano or guitar, stripped down. We keep on doing a lot of those, and we filter out the winners and start shaping it into something that is Galantis, which I think is rare in this genre. It mostly starts with people making a beat and then someone else comes in to write something on top of it.

Eklöw: It’s very important for us to feel that the song in its plain simplicity, just piano and vocal, is actually moving us.

Karlsson: I don’t want people to just hear the beat and think that’s Galantis. It’s almost like you can hear it from the lyric and the melody. I tend to feel when people throw a top line over a cool beat it sounds forced and a little remixed. Something gets lost in that. You need more freedom to move things around.

Is it different writing for Galantis than writing or producing songs for another artist?

Karlsson: It’s a big difference. It’s kind of like designing a house for someone else, and thinking, this works and this matches and I like this hook. And then the design is done and you don’t ever have to care about it again. But if you do it for yourself, that’s like building your own house, and you’re going to live in it.

Eklöw: For the rest of your life.

Do the two of you play different roles in the songwriting process?

Karlsson: A little bit, but we don’t have any rules. Maybe some parts are easier for me, some parts for Linus. The most important thing is to throw ingredients in there and then make decisions together. Then it doesn’t matter who brought what ingredient.

Is there a central theme to the songs on this album?

Karlsson: It’s very feel-good. We listen to dance music all day long, so we don’t do lyrics specifically so they will fit a dance floor at 2 a.m. It’s feel-good but there could be some twists, some sad notes.

Do you hope that people will react in a certain way to the music?

Karlsson: They can react however they want, but I feel flattered because a lot of fans say our music is very emotional, they get tears—

Karlsson: That makes us want to do more of our music.

Do you ever butt heads in the studio?

Eklöw: We try all options before we decide. [We] take a step away from the song and then go back, and we haven’t had a case where we collide on a song. It’s a very easy process—we have similar ears when it comes to these decisions.

Do you have a theory as to why Swedish songwriters are so good at writing music that’s popular in the U.S.?

Karlsson: Not a full-on theory, but we do tend to be very melody-driven. And being in the studio—it’s not a surprise when the weather is that dark and cold. But besides the hit songwriting, we have dance music and punk rock and hardcore bands, indie bands. There’s definitely something with people being in studios all day long.

Eklöw: And design. The interest of how to form the song, the arrangement. We’re really nerds about that.

So you’re starting with live instruments, then composing electronically. How do you prepare for live performances?

Karlsson: We bring all our favorite things from the studio onstage—our drums and pads and filters, sequences and crashes. It’s like one part DJ and one part producing on the fly.

Eklöw: It gives us freedom. When we sample our own songs live, it keeps us on our toes. Like, is this going to be in the right key?

Since you’ve performed all over the world, have you noticed audiences responding differently to your music?

Karlsson: U.S. is the best. It’s very rare you do a show here and walk off and be like, “Oh, that was awkward.” I like the approach of people who go see shows here. Very positive. 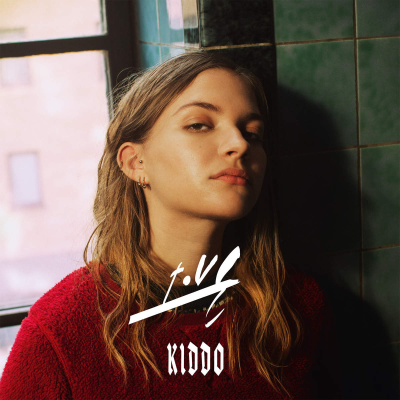 Review: Tove Styrke's Kiddo Is a Feminist Pop Triumph
Next Up: Editor's Pick