Warning: Don’t watch if you haven’t seen last week’s episode of Game of Thrones — or do, if you like spoilers.

While Michael Jackson’s “Thriller” may have been released in 1982, it’s pitch perfect for today’s mashup-happy internet. After all, no mere mortal can resist the evil of watching the classic song mashed up with Game of Thrones.

In the petrifying final scene of last week’s Game of Thrones, the White Walker-in-Chief, the Night’s King, turns poor Jon Snow’s blood to ice with a shrug and a brazen, “Come at me, Snow.” The results were bone-chilling. The one thing that could make them more frightening? If Vincent Price had narrated the scene.

Luckily we live in the age where such things are possible and some genius has taken Price’s voiceover from Jackson’s zombie pop song and laid it over the top of the eerie GoT scene so that others can enjoy — or be scared silly. 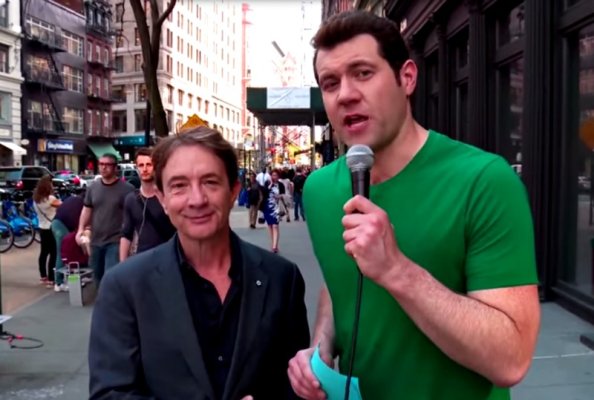 Watch Martin Short Hit The Streets With Billy Eichner
Next Up: Editor's Pick