Watch the Trailer for Suffragette With Carey Mulligan and Meryl Streep

In Suffragette, Carey Mulligan and Meryl Streep take on the story of the struggle for women’s suffrage in early 20th-century Great Britain. Mulligan plays Maud, a young working mother who joins the Women’s Social and Political Union to campaign for the right to vote. Streep will portray Emmeline Pankhurst, a real-life founder of the WSPU and controversial leader who encouraged militant tactics.

The script comes from Abi Morgan, who’s dipped her quill into history several times before, with the Margaret Thatcher drama The Iron Lady and Cold-War-era TV show The Hour. The trailer, true to life, depicts snippets of the escalation of the campaign to secure the vote for women, a fight which counted among its strategies arson, vandalism, hunger strikes and bombings.

With a cast rounded out by Helena Bonham Carter and Brendan Gleeson, the film was also the first to shoot on location at the House of Parliament, a benefit not just for the sake of verisimilitude but for set design budget, as well.

Suffragette is slated to premiere in limited release Oct. 23, expanding nationwide by Thanksgiving. 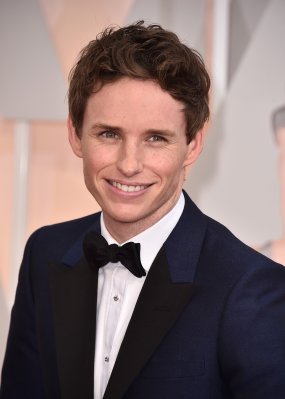 J.K. Rowling Is 'Thrilled' Eddie Redmayne Will Star in Harry Potter Spinoff
Next Up: Editor's Pick