The U.K.’s advertising authority has banned an Yves Saint Laurent ad for using a model who appears in the photo to be unhealthily thin.

The Advertising Standards Authority (ASA) upheld a complaint that the model looked too underweight in her ad in Elle magazine, according to the authority’s website.

In its ruling, the ASA said the lighting effect in the ad drew attention to the model’s visible rib cage, and her legs, “where her thighs and knees appeared a similar width.”

Advertisers who use skinny models have come under fire for what critics say promotes unrealistic standards for women. Urban Outfitters and Drop Dead are two clothing outfitters that have been forced to remove promotional photos of skinny models, The Guardian reported.

Yves Saint Laurent and Elle declined to comment to The Guardian. 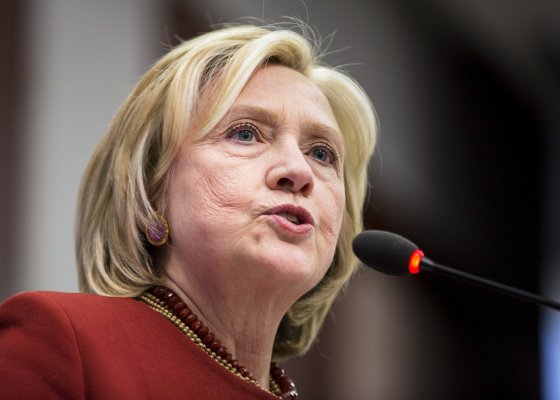 This Is How Much Hillary Clinton's Pantsuit Costs
Next Up: Editor's Pick