FIFA's Sepp Blatter Is Under Investigation for Corruption, Reports Say

FIFA president Sepp Blatter is himself in the crosshairs of the corruption investigation that saw several of the organization’s top brass indicted over the past week, with U.S. officials reportedly saying that he was a target of their probe into world soccer’s governing body.

The New York Times says that it was told by officials, speaking on condition of anonymity, that investigators hoped to work their way up to Blatter with the cooperation of the FIFA officials already taken into custody.

Blatter suddenly resigned from his position at the helm of the global soccer federation on Tuesday, a position he had boasted made him “president of everybody” after winning a fifth consecutive term last Friday.

It was a dramatic about-face from his originally defiant attitude towards the investigation.”Why would I step down?” he had angrily responded to a reporter’s inquiry following his election. “That would mean I recognize that I did wrong.”

On Tuesday, Blatter painted his resignation as part of a much-needed “profound restructuring” of FIFA. The 79-year-old will continue his duties until a new president is elected in late 2015 or early 2016. 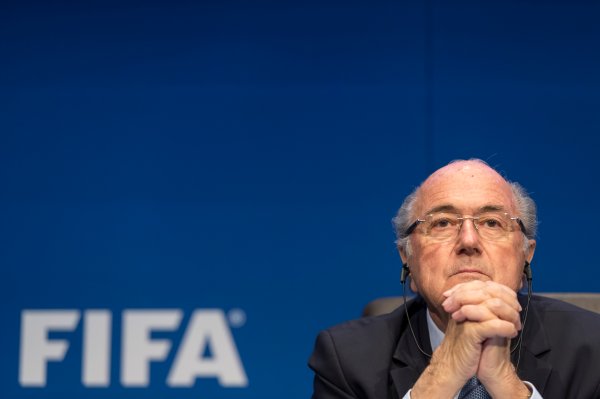 5 Reasons Why People Wanted Sepp Blatter to Resign
Next Up: Editor's Pick