America Isn't the World's Most Respected Country. But It Is a Superpower

“People don’t remember, but when I came into office, the United States in world opinion ranked below China and just barely above Russia,” Barack Obama said on Monday. “And today, once again, the United States is the most respected country on earth.”

As presidential statements go, that’s a pretty daring one. And it’s not exactly true.

Let’s go back to 2009. Two failed wars and a global financial crisis have forced Obama to spend years of his presidency and significant political capital to restore Washington’s reputation. Given where he started from, Obama has made some serious progress.

But claiming the U.S. is “once again the most respected” country in the world is absurd, and certainly isn’t supported by public perception polls or recent current events. U.S. favorability ratings have fallen by 13 percentage points in Germany alone since 2009, and by 19 points in Japan since 2011—and these are our key allies. Don’t bother asking the Russians.

World leaders haven’t gotten the message about America’s return to respectability either. In the last few months alone we’ve seen Israeli Prime Minister Benjamin Netanyahu come speak to Congress despite administration officials’ explicit warning not to. America’s allies around the world rushed to sign up for China’s Asian Infrastructure Investment Bank (AIIB) over Washington’s vocal objections. Just a few weeks ago, Obama hosted the Gulf Cooperation Council in Washington, only to be spurned by four of the six country leaders—including the new king of Saudi Arabia, a longtime U.S. ally. “Respected” isn’t quite the right word for America’s global stature under Obama’s second term.

Obama hasn’t been a complete failure in foreign policy. Engagements with Iran and Cuba will pay huge dividends down the road if handled correctly—though that’s far from a sure thing at the moment. (Humble pronouncements like the one that started this post certainly won’t help win any new friends.)

But here’s the thing: the U.S. doesn’t need to be the most respected country in the world. Under Obama, the U.S. economy has managed to rebound from the depths of the recession; Washington maintains its military superiority over all challengers; American innovation remains unparalleled in technology and energy production; immigrants still flock to U.S. shores to start their new lives. In all the critical metrics, the U.S. remains the world’s only superpower.

So, to state the obvious, Obama’s comment on Monday overreached. His domestic approval ratings are up from a November 2014 low of 40%, though a new CNN/ORC poll has 52% of Americans saying things in the country aren’t going well. And unfortunately for him, his ratings remain decidedly low in the “foreign policy” category—which is only really important when you start proclaiming things like “the United States is the most respected country on earth.” 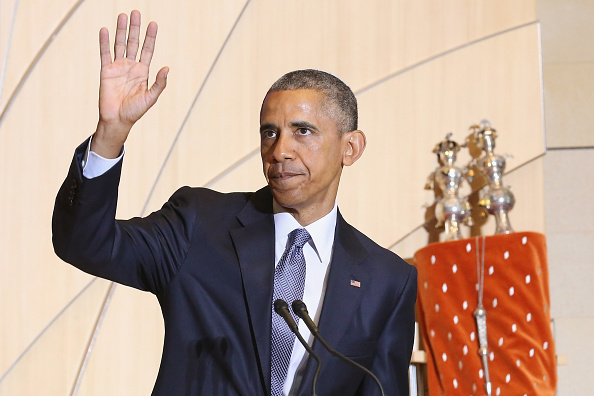 Obama Restates Support of Israel in Synagogue Speech
Next Up: Editor's Pick