African-American and Latino retail industry employees earn lower wages than their white colleagues, according to a new study.

The report, released on Tuesday by public policy group Demos and the NAACP, found that retailers pay black and Hispanic full-time salespeople about 75% of what they pay white workers in the same positions. Meanwhile, Black and Hispanic cashiers make about 90% of what their white colleagues earn.

The pay gap is smaller when it comes to first-line supervisor and manager positions in the retail industry, with African-American workers in those roles earning $17.31 hourly, compared to $17.43 for white supervisors and $15.38 for Latino supervisors. But the study also found that black workers represent only 6% of overall supervisory positions despite making up 11% of the retail workforce.

As a result of the racial wage gap, black and Latino retail workers are more likely to fall into the category of the working poor. About 17% of black retail workers, and 13% of Latino workers in the industry, live below the poverty line, according to the Demos/NAACP study, while only 9% of the overall industry falls into that category.

A number of cities and states are weighing whether to raise their minimum wage to $15 per hour — with Los Angeles recently voting to do just that. Many retail workers are protesting for such a pay hike, which the authors of the Demos/NAACP study believe could go a long way toward a much-needed reduction of the racial wage gap.

“If workers from those racial and ethnic categories continue to be systematically excluded from opportunity, that means that our labor market will be serving less than half the population in a way that’s really meaningful for families who want to pursue the American dream,” Catherine Ruetschlin, a co-author of the report, told The Associated Press.

Retailers have voiced opposition to a mandatory increase of the minimum wage to $15, claiming that such a hike would be a burden on hiring, especially when it comes to younger, inexperienced workers. 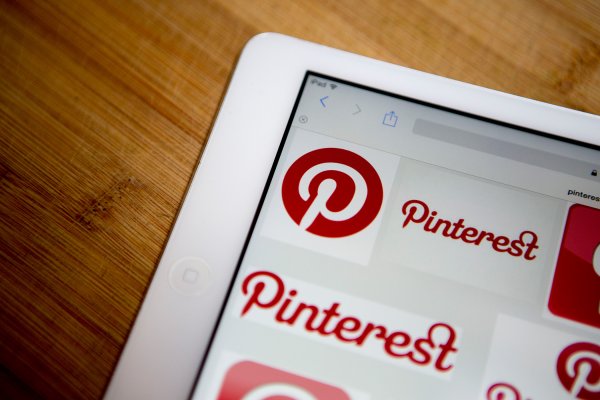 Pinterest Wants You to Go Shopping with New 'Buyable Pins'
Next Up: Editor's Pick