Sepp Blatter Brings His FIFA Reign to an End

Sepp Blatter, who proclaimed to the world that he was “president of everybody” after winning a fifth term as head of FIFA on Friday, will soon be nobody’s president.

In a stunning turn, Blatter, who seemed to hold so firm to the stance that he, and he alone, could clean up the corrupt organization that he presided over, announced on Tuesday that he would step down as FIFA’s leader, a position he has held since 1998. An extraordinary FIFA congress will meet to elect a new president: the head of FIFA’s audit committee said the timing of the election is “likely to be between December and March.”

Reality got the best of Blatter. Three days after the U.S. government indicted nine FIFA officials for racketeering, wire fraud and money laundering, FIFA’s membership somehow granted Blatter another term. Blatter’s largesse, in the form of grants to so many tiny nations around the world, bought enough votes to clinch a victory that would last all of four days. But it couldn’t stop the storm pounding the organization that, in his words, is “dear to me.”

Was it pending legal trouble that helped bring down Blatter? He painted his resignation as a selfless act, an attempt to give FIFA a fresh start. But his troubles could just be starting. A New York Times report said that Blatter’s top lieutenant made a $10 million bank transaction that puts the bribery trail that much closer to Blatter himself. The New York Daily News reported that Aaron Davidson, one of the sports marketing executives arrested in the U.S. probe into FIFA’s business practices, is trying to cut a plea deal. Will he, and other indicted officials, be singing about Blatter? “Let me be clear,” Kelly Currie, acting U.S. attorney for the eastern district of New York, said last week. “This indictment is not the final chapter of our investigation.” The president’s defiant words on Friday — “Why would I step down? That would mean I recognize that I did wrong” — may yet come back to haunt him.

But Blatter is nothing if not tenacious. “I am a mountain goat that keeps going and going and going,” he once said. “I cannot be stopped, I just keep going.”

Joseph S. Blatter was born in Visp, a remote Swiss Alpine town, and was sportswriter, PR rep, and reportedly a wedding singer before he rose up the ranks at FIFA, where he has worked since 1975. Since he took over as FIFA president in 1998, corruption has tainted his reign. During his first presidential election, there were allegations that some votes were bought. One month before his 2011 re-election, Blatter pledged $1 million in FIFA money at an assembly for CONCACAF, the regional soccer governing body for North America, Central America and the Caribbean at the center of the current scandal.

Almost immediately after FIFA decided in December 2010 to award World Cups to Russia in 2018 and Qatar in 2022, bribery allegations began surfacing. Last week, the Swiss government announced a criminal investigation specific to the bidding process for these events. The Qatar decision has also sparked a humanitarian crisis. Migrant workers have toiled in triple-digit heat building the stadiums and infrastructure needed for the tiny Gulf nation to host the world’s most popular sporting event. According to a 2014 report from International Trade Union Confederation, 1,200 migrant World Cup workers from India and Nepal have died.

Under Blatter, FIFA has operated with little real transparency. This is an organization that produced a $27 million propaganda film in which Blatter was the hero.

His few supporters will point to his achievements; he did disperse money to many poor countries, where amenities like soccer facilities provided real benefits. The women’s World Cup, and women’s soccer overall, grew in popularity, though Blatter was a clumsy steward. The self-proclaimed “godfather” of women’s soccer once suggested that women wear tighter outfits to attract more fans, and before this year’s women’s World Cup, which kicks off June 6, top players sued FIFA for gender discrimination.

FIFA’s revenues ballooned under Blatter: FIFA currently has $1.5 billion in cash reserves. But how much was the president himself responsible for this business success, given the entrenched popularity of the World Cup, and an environment where media outlets are paying record rights fees across many sports to broadcast big events?

Whoever FIFA elects as its next president will have to grapple with Qatar – can a World Cup conceivably be staged there, given the human toll? — and cleaning up the disgraced organization. Tough times are ahead. But Blatter’s resignation offers hope, for many soccer fans around the globe, that the game’s organizing body can start to reform itself.

“Have a nice day,” a FIFA flack said at the end of the stunning press conference that ended the Blatter era. For soccer fans around the globe, indeed, it was. 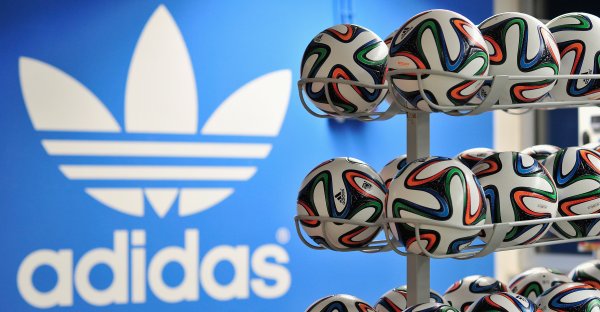 Major FIFA Sponsors Don't Want to Talk About Qatar, Either
Next Up: Editor's Pick