You Really Can't Tell Your Terrorists Without a Scorecard

Hopscotching the headlines of the day, we see that Hamas and Hizballah were both active on Tuesday—though not against Israel, the country each was created to oppose. Both groups, rightly listed as terrorist organizations, were going hammer and tongs against other terrorists: Hamas took out a Gaza Strip fundamentalist associated with ISIS, the extremist group in control of large swathes of Iraq and Syria, while Hizballah battled al-Qaeda’s powerful Nusra Front near Lebanon’s border with Syria. All four sides claimed victory.

What to make of all this? Maybe only that though they all wear black, and often appear delighted with the role of Bad Guy, the groups gathered under the great enveloping cloak marked “terrorist” are far from the same. And the differences are not only sectarian. Three of Monday’s four combatants—Hamas, ISIS and al-Qaeda—are Sunni Muslim groups. The exception is Hizballah, which Iran created to solidify Lebanon’s Shi’ite population and bring the fight to Israel after Israeli forces invaded Lebanon in 1982.

None of the groups is any one thing, but some can at least be safely approached. ISIS and quite possibly al-Nusra would arrest me, and in time perhaps saw off my head. Hizballah serves reporters Doner kebabs—said to be delicious—and Hamas issues journalist visas in Gaza. Both are essentially political organizations, which also operate what they call “military wings.” Those wings have carried out terrorist attacks, but they are calculated toward achieving a political end. Usually that end involves Israel—Hamas’s charter calls for its elimination, yet the stated goals of last summer’s Gaza war was an extra three miles of fishing rights in the Mediterranean—but the clash on Monday was about eliminating a rival: ISIS.

Hamas, which promotes both Islamist and nationalist goals—it wants a Palestinian state—and appears to crave U.S. recognition, simply is not radical enough for the extremists of ISIS, some of whom live under its rule in Gaza, the coastal enclave between Israel and Egypt. There, Hamas police stations have been bombed, and its military wing rocketed, by groups that consider the Muslim Brotherhood affiliate unworthy. In response, Hamas has set up checkpoints, trying to cull the herd. Its officials said the man killed on Tuesday, Yussef al-Hatarman, was shot after threatening to blow himself up along with the Hamas police officers who had come to arrest him. The Hamas Interior Ministry released photos of suicide belts and other arms apparently confiscated in the raid—embracing a great law enforcement tradition.

It wasn’t the first time Hamas has defended its monopoly on force in Gaza against more radical groups. In 2009, its police attacked a compound held by a fundamentalist who had just declared Gaza an “Islamic emirate.” The death toll then was 28, but officials expressed regret at the loss of life. Hamas had sent a local theology professor in to try to coax the rebels to see the error of their ways, something the professor later told me he’d been able to manage in the past. But then, as even terrorists are finding out, six years ago the radical fringe in the Middle East was still out on the fringe, and not nearly so radical. 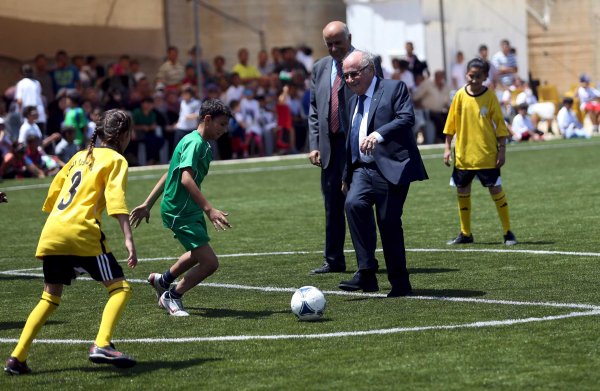