Why Taking Antidepressants During Pregnancy Might Not Be So Risky

The risk of taking antidepressants late in pregnancy may not be as high as previously suggested.

A new study published in JAMA shows that the risk for serious complications among infants whose mothers take selective serotonin reuptake inhibitors (SSRIs)—key compounds in some antidepressants—is lower than previous studies have shown. Earlier, studies have suggested that taking SSRIs late in pregnancy is associated with an increased risk of persistent pulmonary hypertension of the newborn (PPHN): when an infant’s circulation system doesn’t correctly adapt to breathing outside the womb. PPHN can be fatal in 10 to 20% of infants and is linked to serious health problems in those that survive. In 2006, the U.S. Food and Drug Administration (FDA) released a health advisory about the link.

“When making a decision whether to continue treatment with antidepressants during pregnancy, patients need to weigh all the potential risks with the benefits in terms of improved maternal health and well-being,” says study author Krista F. Huybrechts of Brigham and Women’s Hospital. “In the past, an important consideration in this treatment decision has been the potentially large increase in the risk of PPHN, which is a severe and life-threatening condition.”

In the new study, Huybrechts and her co-authors looked at a group of 3,789,330 pregnant women enrolled in Medicaid from 2000-2010 to determine the risk of PPHN linked to use of SSRIs versus non-SSRI antidepressants. They found that while there was a higher risk of PPHN associated with SSRI use in late pregnancy, the overall risk was low.

Among the women studied, 3.4% used an antidepressant during the 90 days before they gave birth. Of those women, 2.7% were on an SSRI and 0.7% were on a non-SSRI. The results showed that 20.8 per 10,000 infants who had no antidepressant exposure had PPHN, compared to the 31 per 10,000 infants who also had PPHN and were exposed to an antidepressant. There was a higher risk among both babies exposed to SSRIs and non-SSRIs. The SSRIs contributed to a slightly higher risk.

The researchers conclude that women and their physicians have to balance the potential risks for complications with the benefits of taking antidepressants for mothers’ mental health. “Our findings should be reassuring for women who suffer from severe depression that doesn’t respond to non-pharmacological treatments, requiring them to stay on treatment during pregnancy,” Huybrechts says. 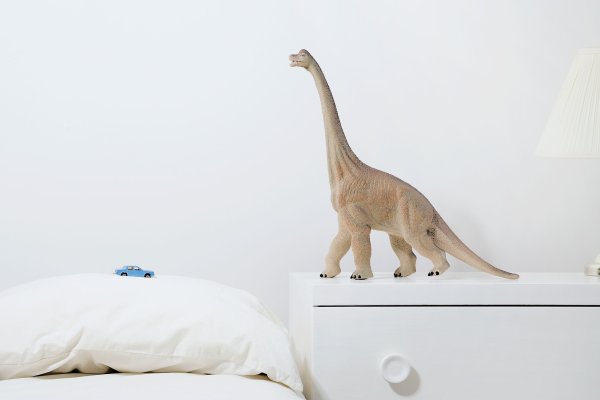 Why You Might Want to Pay Attention to Your Kid's Nightmares
Next Up: Editor's Pick