Chipotle Is Rolling Out a New Menu Item

The sign is seen outside the Chipotle restaurant, on the day that the company announced it will only use non-GMO ingredients in its food on April 27, 2015 in Miami.
Joe Raedle—Getty Images
By Charlotte Alter

Chipotle will begin offering chorizo as a protein option in Kansas City on Tuesday, as a test run for the new product.

Chorizo is a Mexican-style sausage made of ground chicken and pork, a preparation method that goes along with Chipotle corporate chef Nate Appleman’s philosophy of using every part of the animal in his food, the Kansas City Star reports. That whole-animal approach is also consistent with Chipotle’s “Food With Integrity” mission, which means the company only buys from farmers who don’t use antibiotics or hormones. Recently Chipotle has found it difficult to supply all its locations with enough humanely raised pork shoulder for carnitas, so using ground meat from other parts of the hog for chorizo could help solve that problem.

Little has changed on Chipotle’s menu in the 22 years since the company was founded, but last year the chain unveiled sofritas, a soy product that was originally tested in San Francisco. 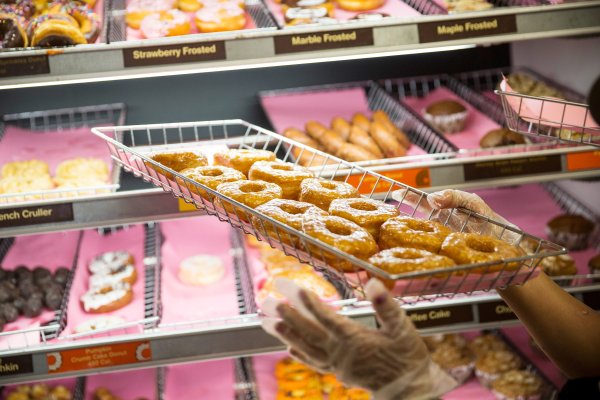 How to Get Free Dunkin' Donuts This Week
Next Up: Editor's Pick