As U.S., European and Middle Eastern officials gathered in Paris on Tuesday to discuss how to defeat the Islamic State of Iraq and Greater Syria (ISIS), Iraq’s Prime Minister told reporters that hundreds of crack foreign fighters had flooded into Iraq in recent weeks to join ISIS.

“They have brought hundreds of new fighters, well trained, well armed, very good networking,” says Haidar al-Abadi before Tuesday’s talks began. “We are trying very hard on our part, but this is a transnational organization. It needs all the intelligence of the world, and we are not getting much.”

The sense of urgency among Western leaders has risen sharply since mid-May, when ISIS seized Iraq’s western town of Ramadi. The battle seemed one-sided, with a determined ISIS driving out ineffectual Iraqi troops. U.S. Defense Secretary Ashton Carter blamed Iraqi soldiers for the defeat, saying they had “no will to fight” even though the U.S. has 2,200 military personnel supporting the Iraqi army and it has provided it with some $500 million in weapons and ammunition.

ISIS is now 70 miles outside Baghdad and international officials are scrambling to craft a strategy to reverse the group’s gains both in Iraq and Syria, where ISIS seized the city of Palmyra last month.

Abadi, a Shiite politician who replaced his unpopular predecessor, Nouri al-Maliki, last August, says the Iraqi military faced two huge challenges in Ramadi last month. First, he says, ISIS loaded huge armored trucks with explosives, parked them on the frontline, and then detonated them, “like a mini nuclear bomb,” killing frontline soldiers, and causing troops further back to flee. Second, he says, ISIS fighters infiltrated the Sunni-dominated city before seizing it, taking over the mosques and then blasting messages from the loudspeakers encouraging Iraqi soldiers to retreat, rather than fight.

Despite recent failures, Abadi said U.S. troops would not join the fight after pulling out of combat in December 2011. “No. We don’t want it because it is complicating. And in all honesty we will never get it, with public opinion in the West and in the U.S., ” he says.

Western officials fear that Sunni Iraqis do not want to fight ISIS, which some believe is a lesser evil than the Shiite militias fighting on the government side. ISIS also has hundreds of foreign fighters from Sunni states like Saudi Arabia and the United Arab Emirates. ISIS in Iraq now comprises about 58% foreign fighters, compared with just 40% a few months ago. Many of the fighters come from the Persian Gulf, Turkey and Egypt, according to Abadi.

Abadi said his government was determined to place more Iraqi Sunnis in command positions. “We learned a lot from Ramadi. We have learned how to fight Daesh,” he says, using the Arabic term for ISIS. He said the Iraqi army had begun recruiting Sunni commanders and that his government was in close contact with exiled Sunni leaders in Jordan. He said he had also moved brigades to the northern city of Mosul, which ISIS seized last June, in readiness for a major assault.

On the ground, however, there are reports that Iraqi soldiers are severely overstretched. One U.S. Special Forces officer told Politico last weekend that ISIS “are just better fighters. They have fire discipline. They cover each other’s advances. They keep moving. The Iraqis do none of these things.”

The new Iraqi army will not be enough on its own to defeat ISIS in Iraq. Abadi said his most important need was an increase in aerial surveillance from U.S. planes, to spot ISIS on the move. “Surveillance is very small,” he said. “Daesh is mobile, they move in very small groups. They can gather somewhere else, and attack,” he said. “They are not seen by coalition partners.”

As the U.S.-led coalition plows more money into bolstering Iraq’s military, Abadi knows that his pleas for more arms and ammunition will be met with close scrutiny as Western officials weigh how to best battle to beat ISIS. But the Iraqi Prime Minister argues that the West cannot afford to ignore his calls for more help despite the problems his government has in managing its military. “The danger…is huge,” he says. ISIS “is creating a new generation of fighters, ,” he said. “They prepared to die, but they want to win.” 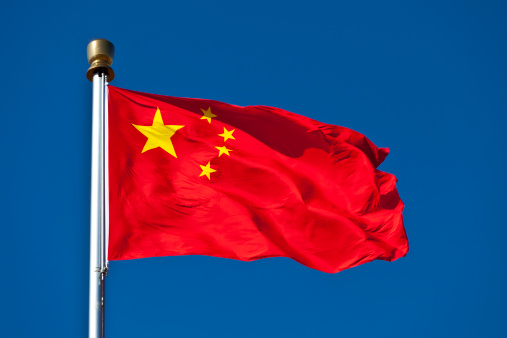 China Tightens Regulations on Reality Shows
Next Up: Editor's Pick