Democracy for America and MoveOn.org, which together spent $1.25 million dollars launching the campaign last December, plan to visit Warren’s Washington, DC office on June 8 and deliver a petition with 365,000 signatures asking the senator to run.

The organizations will then pivot to more issue-specific advocacy, including thwarting the Trans-Pacific Partnership, an enormous, 12-nation free trade pact that liberals argue will kill jobs and reduce labor and environmental standards worldwide. Warren, who has said repeatedly that she has no intention of running for the White House, has been a staunch critic of the trade pact.

Despite their lack of success at convincing Warren to run, both DFA and MoveOn.org described the short-lived campaign as a victory for liberal populists. “Even without her in the race, Elizabeth Warren and the Run Warren Run campaign she inspired have already transformed the 2016 presidential election by focusing every single Democratic candidate on combatting our country’s income inequality crisis,” Charles Chamberlain, the executive director of DFA, said in a statement. Ilya Sheyman, the executive director of MoveOn.org Political Action, said the campaign helped bring issues of inequality and corporate dominance to the fore.

The two organizations cited as “key accomplishments” an extensive, multi-column March op-ed in the Boston Globe urging Warren to run, as well as public statements of support from prominent figures in the progressive movement, including Van Jones and Lawrence Lessig. More than 60 state legislators in the early-voting state of New Hampshire joined the Run Warren Run campaign by this spring.

It was a effort defined largely by blind optimism. Even as Warren said publicly, time and again, that she was not running for president, and had no intention to do so, the campaign consistently urged her to reconsider. Its unraveling was no different. At the end of a statement announcing the dissolution of Run Warren Run, Chamberlain sent up one last flare: “We still think there’s plenty of time,” he said, “for Sen. Warren to change her mind.” 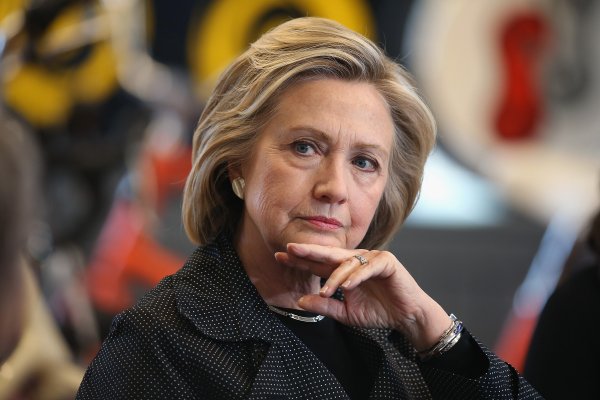 How the Presidential Candidates See America in the World
Next Up: Editor's Pick