So-called “helicopter parenting” is detrimental to children no matter how loving the parents might be, a new study by professors at Brigham Young University (BYU) finds.

The study, a follow up to 2012 research that suggested children of such controlling parents are less engaged in the classroom, surveyed 483 students from four American universities on their parents’ behavior and their own self-esteem and academics, Science Daily reports. This time, researchers explored whether characteristics such as support and warmth might neutralize the negative effects of helicopter parenting. Not only did the study conclude that they do not, but it also suggested that lack of warmth can take the situation from bad to worse, amplifying low self-esteem and high-risk behaviors such as binge drinking.

For the purposes of the study, researchers defined “helicopter parenting” as including such over-involved habits such as solving children’s problems and making important decisions for them, while warmth was measured in terms of availability to talk and spending quality time.

The study contradicts popular parenting philosophies, such as the one espoused in the 2011 bestseller Battle Hymn of the Tiger Mother.

“From our past work, we thought there might be something positive about helicopter parenting under certain conditions, but we’re just not finding it,” study author Larry Nelson told Science Daily. Instead, while the data indicated that warmth reduced the negative effects of controlling parenting, it did not nullify them completely. “Overall, stepping in and doing for a child what the child developmentally should be doing for him or herself, is negative,” Nelson said. 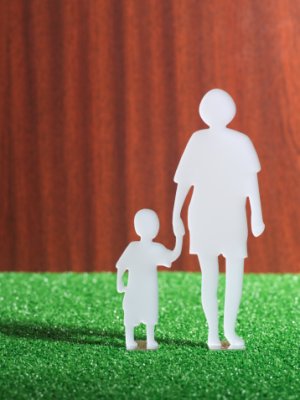 How to Find a Parenting Balance in the 21st Century
Next Up: Editor's Pick