Dwayne johnson attends the U.K. premiere of San Andreas at Odeon Leicester Square in London on May 21, 2015
Stuart Wilson—WireImage
By Will Robinson / Entertainment Weekly

It’s okay, Kurt Russell. Getting replaced by The Rock isn’t a dishonor by any stretch of the imagination—especially after San Andreas raked in almost $115 million worldwide for his best opening weekend ever. Dwayne Johnson is currently in talks to star in and produce a remake of the John Carpenter classic Big Trouble in Little China, EW has confirmed. Ashley Miller and Zack Stentz, who wrote the sleek X-Men: First Class, are attached to pen the script. The Wrap first reported the development.

Naturally, Johnson would play Jack Burton, a trucker lured into the seedy, magical underworld in San Francisco’s Chinatown. The original, which starred Russell and Kim Cattrall, grossed a meek $11 million at the box office, but has become retroactively beloved. 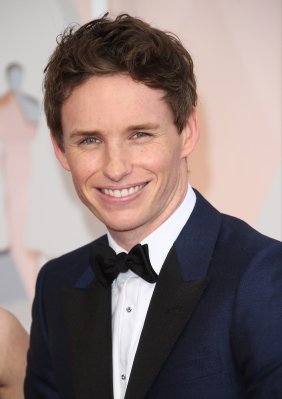 Eddie Redmayne Is Set for Harry Potter Prequel
Next Up: Editor's Pick