To mark the opening of the One World Observatory in New York City over the weekend, EarthCam released an incredible time-lapse video that shows the slow construction of the One World Trade Center over the 11 years it took to build.

According to EarthCam’s YouTube page, the team cut together hundreds of thousands of high-definition images captured between October 2004 and Memorial Day 2015 to produce the stunning two-minute video of the building rising into the sky.

The observation deck, situated on the 100th-102nd floors of the tower, officially opened to the public on May 29. At 1,298 ft., the One World Trade Center is the tallest building in the western hemisphere and the fourth tallest in the world.

Read more about the One World Observatory here. 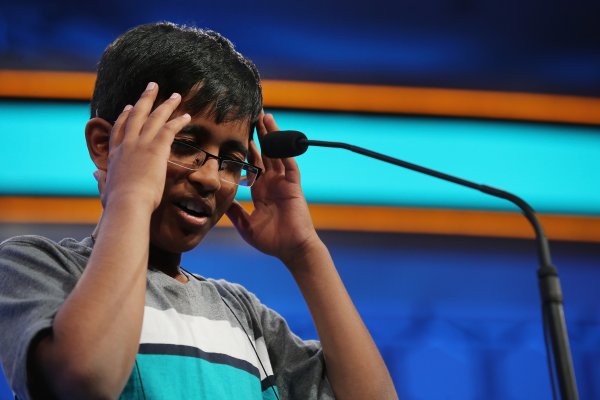 See If You Can Guess the Meaning of These National Spelling Bee Words
Next Up: Editor's Pick