Nintendo's Wii U console, above, and touch-pad controller sit on display during an interview with Reggie Fils-Aime, president of Nintendo of America Inc., in New York, U.S., on Friday, Sept. 14, 2012.
Bloomberg—Bloomberg via Getty Images
By Matt Vella

Nintendo is gearing for E3 by releasing information on a slate of new titles ahead of the annual games confab in mid-June.

In a video broadcast on June 1, the Japanese games firm teased new releases. The company said it would revive its Dr. Mario franchise with a game called Dr. Mario: Miracle Cure for its 3DS handheld console. The downloadable title will be available June 11. Nintendo will also be releasing Bravely Second in North America, also for the 3DS, sometime in 2016. The firm will also put out Mario & Sonic at the Rio 2016 Olympic Games for Wii U and 3DS.

Nintendo is likely clearing the decks ahead of what is anticipated to be a busy show this year. After the blockbuster success of its previous Wii console, the company has struggled finding a mass audience for its follow-up device, the Wii U. In March, Nintendo President and CEO Satoru Iwata revealed to TIME how the company is planning to develop original software for mobile devices making use of its well-known characters and settings. He also spoke of a Wii U successor codenamed “NX.”

MORE: This Is What World of Warcraft Would Look Like If It Came Out Today

Nintendo posted its first operating profit in four years in May, earning $208 million for the fiscal year, compared to an operating loss of $390 million last year. Net profit was $350 million, up from $195 million in 2014. The numbers beat forecasts largely because of a weak yen. Revenue continued a long decline, sliding from $4.8 billion last year to $4.6 billion.

The video game maker’s recovery is largely due to a string of hits. Pokemon Omega Ruby and Alpha Sapphire for the 3DS sold almost 10 million units for the fiscal year. Super Smash Bros. sold a similar amount when combining its 3DS and Wii U editions. And Mario Kart 8 became the best-selling game on the Wii U, selling more than 5 million copies. Scott Moffitt, Nintendo of America’s Executive Vice President of Sales & Marketing, said the video release was a “preview of things to come.”

Still, Nintendo faces an uphill battle. Sales of the 3DS are continuing to fall, dropping from 12 million last fiscal year to 8.7 million in the most recent year. And while the Wii U’s sales have increased from a daunting start, its sales of 3.4 million for the year were still off company projections of 3.6 million. The 3DS has sold 52 million units in its lifetime, while the Wii has sold just 9.5 million.

Nintendo is expected to expand on its future plans and likely show off more new titles during E3. 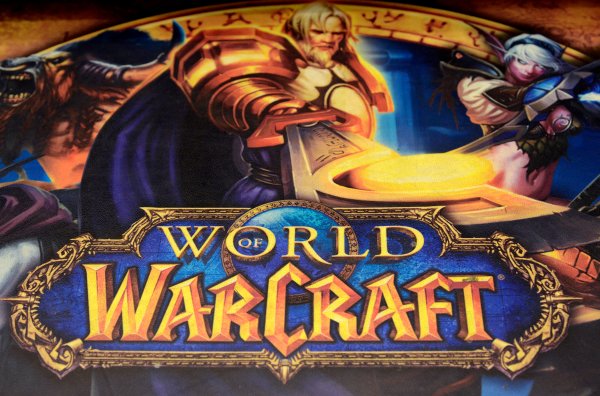 This Is What World of Warcraft Would Look Like If It Came Out Today
Next Up: Editor's Pick