Eddie Redmayne solemnly swears that he is up to no good. Warner Bros. announced Monday that the Oscar-wining actor has been cast in the Harry Potter prequel Fantastic Beasts and Where to Find Them.

The title takes its name from a companion “textbook” by J.K. Rowling with the fictional byline “Newt Scamander”; that will be Redmayne’s role. The studio describes the character in a statement as “the Wizarding World’s preeminent magizoologist, who in his travels has encountered and documented a myriad of magical creatures.” The film will take place 70 years before the Potter series begins, Deadline reports.

Rowling is writing the screenplay herself for the first time; David Yates, a four-time Harry Potter director, will helm the film. The series’ producer for all eight features, David Heyman, will fill that role again, too.

Warner Bros. says Fantastic Beasts and Where to Find Them will be released in 3D and IMAX on Nov. 18, 2016. 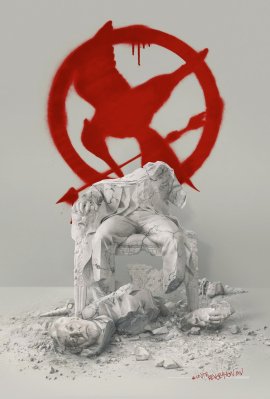