At Philadelphia’s Dock Street brewery, a smartphone playing Wu-Tang Clan from Spotify is fastened to a barrel of beer that is aging, Philadelphia magazine reports. The brew will be called “Dock Street Beer Ain’t Nuthin’ to Funk With” and is expected to be ready by year’s end.

Head brewer Vince DeRosiers said he launched the experiment to see “if the bass would cause enough vibration to move the yeast around and create some different flavors during fermentation.”

The brewery wants to make another beer this way, but with Run the Jewels blasting, he tweeted: 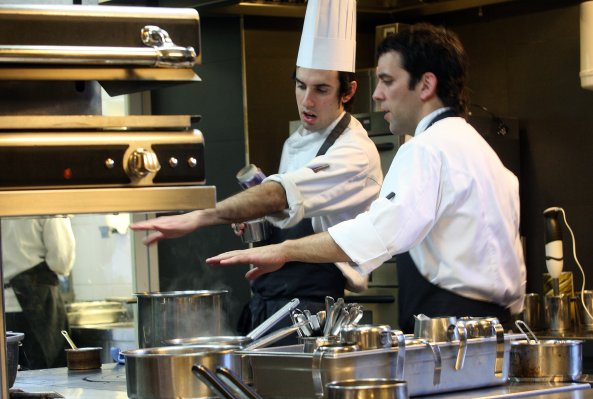 The World's Best Restaurant Has Been Named
Next Up: Editor's Pick