On Monday, the world was introduced to Caitlyn Jenner.

That’s the name that Olympic athlete and reality star Bruce Jenner has asked the world to call her, now that she has come out as a transgender woman. People reported that Caitlyn was a name “he always loved when he thought about this [female] part of his life.” But every trans person has their own naming story—if choosing a new name was part of their transitioning process.

Take Janet Mock, the MSNBC host and iconic author, who adopted her name in a time when Janet Jackson’s Velvet Rope songs were floating across the airwaves in her native Hawaii. Her friends, noticing similarities between Jackson and Mock, with her fine features and wild, crimpy hair, called her “Baby Janet.” And Mock took the name as her own while she was in high school, in the early days of her transition. “There’s power in naming yourself,” she wrote in her memoir Redefining Realness, “in proclaiming to the world that this is who you are.”

Then there’s Greta Martela, the executive director of Trans Lifeline, the only crisis line for transgender people staffed entirely by transgender people. Her old name—which most call a birth name, but an increasing number call a “dead name”—was not clearly male or female. But she wanted people to assume she was female when they heard her name, so she scoured baby name lists and old video game avatars before settling on Greta. “For me, I just really wanted to make a break from who I had been,” she tells TIME. “I spent all this time trying to please other people by being something that I wasn’t, and I wanted a clean break from that.” Greta is, however, a Scandinavian name, just like her birth name.

Or take Mara Keisling, executive director of the National Center for Transgender Equality. After she came out to her parents, they surprised her by requesting they be allowed to give her a new name. “They said they were my parents and had a right and an obligation to name me,” she says. Keisling says that, even though the word isn’t quite right, she felt honored. “It just solidified that I had 100% family acceptance, nobody even blinked,” she says. Together, they settled on Mara, which was close to her old name and allowed her to keep the same initials.

Transgender people might name themselves for symbolic reasons, to break or keep connections to their past, adopting or dropping family names. Susan Stryker, a leading academic on transgender issues based out of the University of Arizona, chose both her first and last names — the latter, she says, to “provide anonymity to my family.” She now thinks of it as her “transgender superhero name,” she says.

Many choose names that are overtly feminine or masculine, either to embrace their new identity or to avoid confusion. But others choose names that are gender neutral, as a kind of refusal to play the binary, gender-absolutist game that caused them confusion or trauma in the past. Some might change just the spelling, from, say, Cary to Keri. A few don’t change their names at all. Paisley Currah, a political science professor at CUNY, says he was given his “supremely rare” name at birth and chose to keep it after he came out. “As I grew up, it was still so rare it wasn’t associated with one gender or another,” he said. “Long story short, I was lucky enough to be able to keep my name.”

Jenner appears to be among those who picked a name for which they’ve already carved out an identity, even if that person was never out in the open before. “Welcome to the world Caitlyn,” she tweeted on Monday. “Can’t wait for you to get to know her/me.” She’s not alone. “I know people who have picked their name because they’ve always used that name to describe themselves privately,” Keisling says. “Even when they were a little kid and everyone was calling them Jason, they knew they were Emma and they always referred to themselves as Emma.”

Of course it can be hard, especially for a parent, to start using a new name for someone they’ve known a long time. Catherine Lee, whose son Ashton was featured in TIME’s cover story on “The Transgender Tipping Point,” said that despite her best intentions, getting it right was hard for her when he first came out. “I found myself making lots of mistakes and using the wrong pronouns and confusing people sometimes,” she told TIME in 2014. “But the more I practiced, the better I got … Initially when he told me this, I didn’t view him as a male. I still viewed him as a female. That process is something that takes time.”

The process of adopting a new name can be messy in one’s personal life, with less accepting people intentionally using an old name or well-meaning people simply forgetting and making mistakes. And then there’s the practical obstacles of being forced to out oneself repeatedly in public when one’s presentation and ID don’t appear to match. (The processes for changing official documents varies from state to state.)

But using the name someone asks to be called can make a big difference to the person making that request. “When I hear my old name, it hurts so much,” says Nina Chaubal, who also works for Trans Lifeline. “It’s definitely really validating when somebody uses the right name. It’s very acknowledging of my identity, and it’s a name I picked for myself.”

To not use the name can seem to be the opposite: a rejection of who a transgender person is saying they are, or an insinuation that they are not really who they say they are. Even when it’s done on accident, this act is sometimes called “dead naming” a transgender person.

That term speaks to the way many (though not all) transgender people feel about an old name once they’ve adopted a new one — and the reason that most subjects of this article are referred to only by their chosen names. “It’s important for people to know me as Kye because that is who I am,” says Kye Allums, the first openly transgender Division I NCAA athlete. “The name I choose is the name I want to be called.” 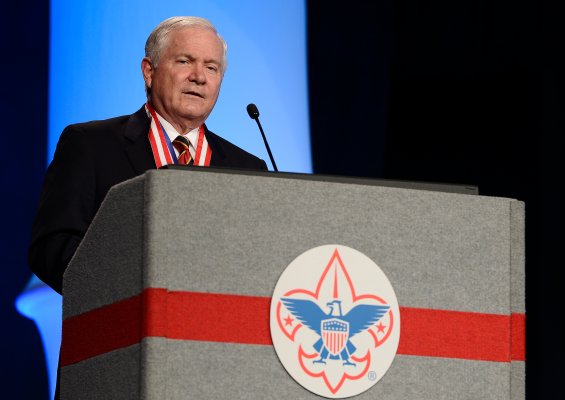