Why This Is Not the Golden Age for Photobooks

If photographers were to believe the hype, they would all launch their own photobook publishing venture tomorrow or, at the very least, self-release an opus of personal work.

Compendiums of the genre abound, from Martin Parr and Gerry Badger’s three-tome The Photobook: A History to region specific anthologies. Events and prizes dedicated to photobooks are springing up worldwide. At the last Paris Photo, fairs honoring the medium took place at the École des Beaux-Arts, on a boat, in a former printing factory and in a dance hall-turned gallery. Collectors speculate on new titles as they would for prints. Critics are quick to hail these times as the new golden age of the photobook. But the fuss might just be all smoke and mirrors, at least according to two publishers.

“From the outside, it certainly looks like a thriving industry,” recognizes Dewi Lewis, founder of the eponymous publishing house. “Though it might be true in terms of the production, it isn’t if you look at the financial model.”

Since starting his business over 20 years ago, the British entrepreneur has seen the surrounding ecosystem change considerably. Back then publishers had the leeway to gamble with authors. “In the earlier days, I never had to look for money,” recalls his German counterpart, Maarten Schilt who produced his first photobook – Kadir Van Lohuizen’s “www.tibet-chon.com” – in 1999. “Since I knew what to expect in terms of return, I could take risks. Now, I can’t afford to make a book without being certain that I can pay all the bills.”

Today, both Schilt and Lewis rely on a combination of grants, subsidies and money raised by the photographers themselves.

“Many artists are ready to self-fund their first opus because they believe that they need a release early on in their career rather than after having developed a 30 or 40 years practice,” says Lewis. “That’s fine if it changes their life. But if it doesn’t make a difference, I wonder if they’ll be in a position to spend another 20 or 25,000 dollars the next time around. In a way, it has become about whether or not you have access to money, rather than the value of your work. It isn’t as democratic as we like to think.”

However naïve and quixotic they may be, new blood has also heralded a certain renewal in terms of the look and feel of the photobook. To set themselves apart, photographers are resorting to elaborate design meant to complement the message their images convey, with varying degrees of success. “There’s an astounding level of imagination and creativity,” says Lewis. “But, it could backfire. When one designer creates something extraordinary, the next one wants to do something even more memorable. If we’re not careful this leapfrogging will continue to drive the production cost upwards.” His strategy to weather the challenging times ahead is to exert more control on his spending while looking for new outlets.

And while the number of photobooks produced has increased, the number of people buying them has seldom shifted. Already a niche trade, it seems to be heading even further in that direction. Large bookstore chains are ordering fewer art publications to fill their inventory and the share of sales through Amazon has dropped between five to 10% in one year, according to Schilt and Lewis. “The market is fragmenting. This means that we have to deal with lots and lots of smaller outlets, such as the independent and heavily curated shops or be present at fairs,” says Lewis. “Though these are great opportunities, they are also more time-consuming and add another layer of strain to our work.”

Less shelves space, more books and the same amount of readers means that the print runs have had to adapt. “It’s simple math: when there’s the same amount of money being spent on photobooks, the more choice there is, the less copies per title are being sold,” says Schilt.

In 2002, when Lewis release Martin Parr’s “Common Sense” they printed over 10,000 copies. “There was a lot going on for him at the time and I was confident that the book would move quickly. It did. Now, even though he’s just as popular, I wouldn’t print more than four thousands,” claims his publisher. A big number for our times, since print runs now average around one thousand.

“If we’re working in the car industry, we’d say that there’s overproduction,” adds Lewis. “So we need to shift gears. Take our time. Avoid rushing into bookmaking. Think everything through. If that were to happen, we’d have fewer books and better books. Then, we can start talking about a golden age.” 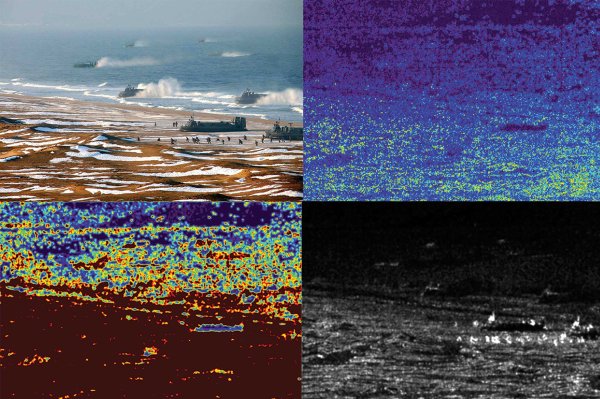 Photo Expert: 'A Manipulated Image Is Not Necessarily a Lie'
Next Up: Editor's Pick