This Is the Woman the Tony Awards Are Named After

When the first Tony Awards were given in 1947, it wasn’t quite the polished production that theater fans have come to expect.

The ceremony was on a much smaller scale, and the actual awards were decidedly quirkier, as TIME reported:

When Perry died of heart disease in 1946, TIME remembered her as “one of Broadway’s few successful woman directors. […] Tony Perry, ever the angel of tyro actors, was the wartime guiding spirit of the American Theatre Wing, left her heart at its seven Stage Door Canteens across the nation.”

The Stage Door Canteens had been established by the American Theatre Wing’s War Service, as a place where A-list stage stars could volunteer to provide free entertainment for servicemen. Perry had been one of the founders of the Wing, and helped shepherd it into a new post-World War II role. Though it had been founded to help the theater world help the war effort, it became an organization dedicated to helping the theater world.

It didn’t take long for the Antoinette Perry Awards to be shortened to the Tony Awards—but, though the Tonys are rarely ever referred to by their longer original name these days, the official name of the awards has never changed. 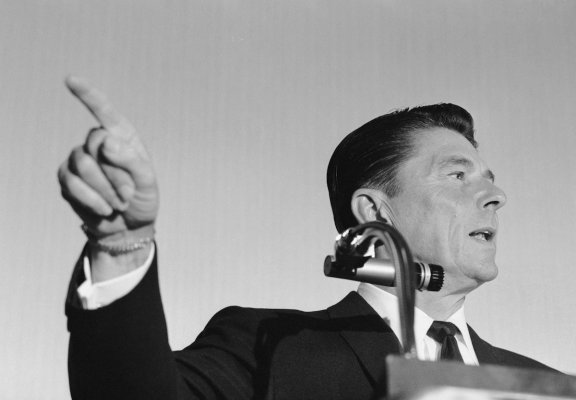 Which Ronald Reagan Are the GOP Presidential Candidates Embracing?
Next Up: Editor's Pick