This Is How Extreme Heat Can Kill

An indian man walks on River bed side of River Ganges as he feeds his buffaloes during a hot day in Allahabad on June 1,2015.
Ritesh Shukla—NurPhoto/Corbis
By Justin Worland

Extreme heat has engulfed India in recent weeks with temperatures exceeding 120°F (49°C) in many areas. Thousands have died so far. Doctors and public health experts say the devastation comes as no surprise: when body temperature exceeds 104°F (40°C), heat stroke can cause a number of ailments and often death.

Heat exhaustion requires immediate attention when it hits and should be treated as a medical emergency. If not, it will almost certainly result in death, said Claude Piantadosi a medicine professor at Duke University. But while death comes relatively quickly, sometimes in a matter of hours, the body goes through a number of underlying processes before organs shut down.

Humans sweat when their body temperature rises above its 98.6°F (37°C), the normal body temp. While sweating helps cool the body by taking heat with it as it evaporates, it can only do so much. Without a steady intake of fluids, dehydration will eventually take hold. Dehydration reduces blood flow and prevents blood from getting to organs like the kidney or the brain, leaving them with significant cell damage. Finally, these organs will start to shut down, causing further trauma. And from there a whole slew of negative medical effects take hold. For example, a highly-cited New England Journal of Medicine study documents how the intestine break downs unleashing bacteria will be released into the blood stream.

“There are multiple mechanisms involved,” said Piantadosi. “None of them are good by themselves, but when you combine all of them together you have a catastrophe.”

That catastrophe can mean death for 30 to 40% of people who suffer heat stroke, even if they make it to modern medical treatment. In some places, like much of India, limited health resources and knowledge about the dangers of heat stroke mean that many people never even begin the right treatment. Children and the elderly, along with people who have heart, lung or kidney ailments, tend to be especially susceptible.

As climate change unfolds, extreme heat will become a bigger and bigger problem in much of the world. A recent study by the National Center for Atmospheric Research and the City University of New York found that U.S. residents’ exposure to extreme heat could increase by four to six times by mid-century, due both to climate change and to population movement into hotter areas like the Southwest. “This is really a public heath crisis in the making,” said Knowlton. “Extreme heat is not just an inconvenience. It kills people.” 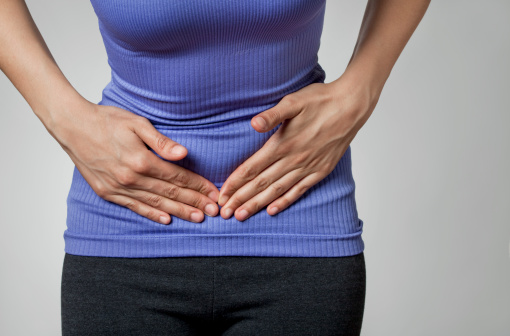 The Best Way to Treat Food Poisoning
Next Up: Editor's Pick