George Orwell was already an established literary star when his masterwork Nineteen Eighty-Four was published on this day in 1949, but that didn’t stop TIME’s reviewer from being pleasantly surprised by the book. After all, even the expectation that a book would be good doesn’t mean one can’t be impressed when it turns out to be, as TIME put it, “absolutely super.”

One of the reasons, the review suggested, was Orwell’s bet that his fictional dystopia would not actually seem so foreign to contemporary readers. They would easily recognize many elements of the fictional world that TIME summed up as such:

Decades later, as the real-life 1984 approached, TIME dedicated a cover story to Orwell’s earlier vision of what that year could have been like. “That Year Is Almost Here,” the headline proclaimed. But obsessing over how it matched up to its fictional depiction was missing the point, the article posited. “The proper way to remember George Orwell, finally, is not as a man of numbers—1984 will pass, not Nineteen Eighty–Four—but as a man of letters,” wrote Paul Gray, “who wanted to change the world by changing the word.”

Read the full 1949 review, here in the TIME Vault: Where the Rainbow Ends 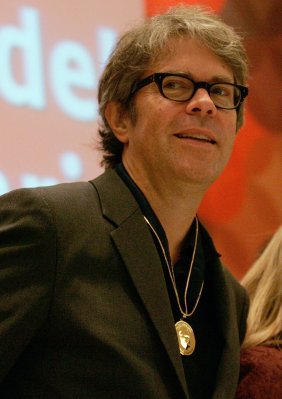 Read an Excerpt From Jonathan Franzen's Upcoming Novel
Next Up: Editor's Pick