Can You Guess the Most Tweeted-About TV Events of the Year?

Reading about television on social media can sometimes skew perspective on what’s actually popular—do you have more Mad Men friends or more How I Met Your Mother friends? But new research from Nielsen reveals exactly which TV events of the Sept. 2014 to May 2015 season actually captured the most attention on Twitter.

The most-tweeted TV event of the season probably comes as no surprise: that honor goes to Super Bowl XLIX, which was the most-tweeted sports event and the most-tweeted event overall, with 25.1 million tweets sent. Yet other top-rankers are a bit more unexpected. The 57th Annual Grammy Awards saw the most Twitter action of any special event (13.4 million tweets), beating out the Oscars and several other awards shows. But Bruce Jenner’s interview with Diane Sawyer was the highest-ranked special that was not an award show, as measured by how many people saw tweets about the event (rather than how many tweets were sent).

The two-part Empire finale was the most tweeted-about episode (2.4 million tweets), while The Walking Dead had the most tweeted-about season premiere (1.3 million). But the episode with the largest audience on Twitter was Saturday Night Live’s 40th anniversary special—only 1.3 million tweets, but 9.1 million views of tweets about SNL, far more than the 5.9 million views for Empire’s finale. That means SNL fans may not have been tweeting every moment of the show, but they were checking in on Twitter to see what others had to say about it.

Other top-rated series on Twitter include The Bachelor, Game of Thrones, American Horror Story: Freak Show and Scandal.

As for the second most-tweeted sporting event after the Super Bowl? The Mayweather/Pacquiao fight, of course. 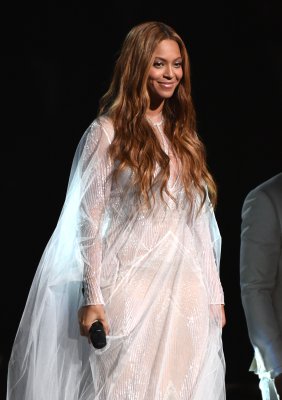 Sony Has No Plans to Pull Beyoncé's Music from Tidal
Next Up: Editor's Pick