Yes, California Could Be at Risk of a Tsunami

The San Andreas Fault strikes fear in the hearts of Californians. It could shift at any time and cause a devastating earthquake. Now, new research shows there’s two other fault lines off the state’s coast that could rock Los Angeles and potentially cause a small-scale tsunami.

The study, to be published in the Journal of Geophysical Research: Earth Surface, shows that two underwater faults are building up stress much like the San Andreas fault and could rupture in the same way as their famous inland counterpart and generate a 8.0 magnitude earthquake. And if one does, Los Angeles and San Diego may need to prepare for a tsunami — though a relatively small one.

Read More: 3 Places Where the Next Big Earthquake Could Hit

“We’re dealing with continental collision,” said study author Mark Legg in a press release. “That’s fundamental. That’s why we have this mess of a complicated logjam.” Legg, who runs an earthquake consulting firm, has spent decades mapping off-shore faults.

In a no-doubt-purely-coincidental turn of events, the study was published just as Dwayne Johnson disaster movie San Andreas has shaken up the box office with a fictional earthquake and tsunami that leave Los Angeles and San Francisco in ruins. Seismologists say that an actual earthquake would never look anything like the one in the movie. And, while this new research suggests the possibility of tsunami, the wave wouldn’t look anything like the city-destroying one featured in the movie.

“We aren’t going to have a tsunami,” said U.S. Geological Survey seismologist Lucile Jones. “Or if we did it wouldn’t behave like the one in the movie.” 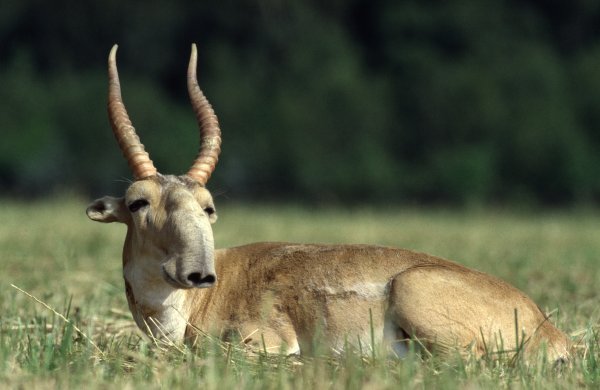 Half of an Endangered Antelope Population Has Died Within Weeks
Next Up: Editor's Pick