Authorities in Bangladesh will press murder charges against the owners of the Rana Plaza garment-factory complex in Dhaka that collapsed in 2013, killing more than 1,100 people in the country’s worst-ever industrial disaster, AFP reports.

“We are going to press murder charges against 41 people including the owners of the building, Sohel Rana and his parents, later today,” Bijoy Krishna Kar, the lead investigator for the Bangladeshi police, told the news agency. “It was a mass killing. All 41 of those charged have a collective responsibility for the tragedy.”

If convicted, the accused could face the death penalty, he added.

More than 2,400 workers were rescued or escaped alive after the factory collapsed on April 24, 2013. Even after several complaints about cracks appearing in the walls, thousands of people were reportedly forced to continue working in the complex before it collapsed.

“They [Sohel Rana and the factory owners] discussed and decided to keep the factory open,” Kar said. “They sent the workers to their deaths with cool heads.”

Rana, who attempted to flee the country in the days following the disaster, was arrested near Bangladesh’s border with India a week after the collapse. Although the police announced plans to indict Rana last year, the process was delayed as they awaited government approval to press charges against a dozen government officials who are among the 41 now set to be formally accused. Rana and the others will also be charged with violating Bangladesh’s building code.

Many Western retailers source clothes from Bangladeshi suppliers owing to cheap labor costs, and the disaster resulted in calls for immediate reforms including safety inspections and higher wages across Bangladesh’s $33 billion garment industry, which employs close to 4 million workers. 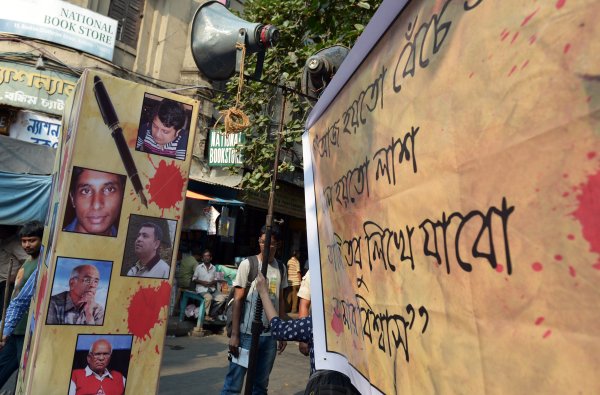