Don’t expect to see Neil Young with a Frappuccino any time soon. Young and Promise of the Real have released the full music video for their new song “Rock Star Bucks a Coffee Shop,” and in it, they mock Starbucks, Monsanto, and genetically modified organisms.

“I want a cup of coffee, but I don’t want a GMO. I’d like to start my day off, without helping Monsanto,” Young sings in the video.

Young announced in November that he would beboycotting Starbucks because of its association with the agricultural giant Monsanto, which lobbied against proposed legislation in Vermont to label GMOs. In the video for his new song, which was previously titled “Rock Starbucks,” Young and the members of his backing band (which includes Willie Nelson’s sons, Lukas and Micah) toss Starbucks cups at the camera.

The song will be released on Young and Promise of the Real’s upcoming anti-GMO concept album The Monsanto Years, available June 29. The group will kick off their summer tour in July. 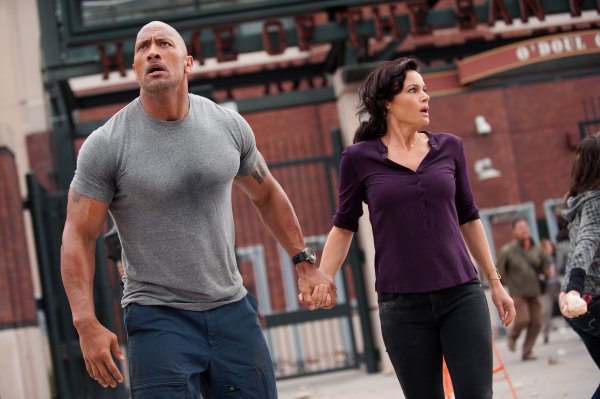 San Andreas Shakes Up Box-Office Weekend
Next Up: Editor's Pick