Boston Market Wants to Tell You Its Ingredients Are 'All Good'

A man walks by a Boston Market restaurant on August 21, 2012 in Oakland, Calif.
Justin Sullivan—Getty Images
By John Kell / Fortune

The once-bankrupt rotisserie chicken chain has been slowly gaining steam and plans to launch a new, health-focused ad campaign.

In the past 20 years, only five restaurants have seen their stock prices double on their first day of trading. One restaurant chain that went public in the early 1990s outperformed them all, besting Chipotle, Shake Shack, and Noodles & Co.

Believe it or not, that chain was rotisserie chicken maker Boston Market.

Back in 1993, Boston Market—then known as Boston Chicken—was a stock market darling. During its first day of trading, the company’s shares surged 140% to close at $48.50 apiece, exceeding the first-day gains that Chipotle (up 100%) and Shake Shake (up 118.6%) later posted, according to IPO ETF manager Renaissance Capital.

But, in a cautionary tale sure to ruffle the feathers of investors betting on the newest fast-casual operators, Boston Market landed in bankruptcy less than six years later. It expanded too quickly and faced too much competition from grocery store chains, which were selling their own rotisserie chickens. Like Chipotle, the company was owned by McDonald’s for several years before being quietly sold for an undisclosed amount to private equity firm Sun Capital Partners in 2007.

Would Boston Market go public again? CEO George Michel tells Fortune, “We would never rule out anything.” Restaurant stocks have performed well on their first days of trading in recent years. The market has certainly indicated that investors are hungry for more.

Unlike many newly public fast-casual restaurant chains, Boston Market isn’t a roaring growth story. It operates around 456 restaurants today, far below the 1,143 it had when it filed for bankruptcy in 1998. After six years of stagnation, Boston Market opened just four locations in the past two years. Growth is accelerating, with up to 10 new locations planned for this year and 20 for 2016. Still, the concept may never again be a high flyer. It surely isn’t seen as the “next” Chipotle.

Michel, who has led Boston Market since 2010, has other priorities. He wants average unit volume, a key retail metric for restaurant concepts, to eventually hit $1.5 million per location annually. That would be an increase from about $1.3 million today, and up by about half a million dollars from what Boston Market reported in 2010. Almost all of Boston Market’s growth has been due to higher traffic at its restaurants, with price increases contributing just 6% of the increase. Boston Market doesn’t disclose annual sales.

The company is talking more about its food. It is trimming sodium and touting its meals that can total about 500 calories. On June 1, the restaurant chain will debut a new ad campaign called “All Good.” Unlike past TV campaigns, the new 30-second ads will focus on the quality of Boston Market’s ingredients and how their food is prepared. Past ads were about limited-time offers and the value of a Boston Market meal.

TV ads are an important marketing tool for Boston Market. About 60% of the company’s total ad spending goes to TV, Michel said.

Will diners be convinced? Boston Market is just one of many restaurant chains that is angling to talk about their improved menus and better quality ingredients.

“It highlights in a bold way what sets Boston Market apart from our competitors,” Michel said. “Fresh from the farm to our ovens, and then to our customers.” 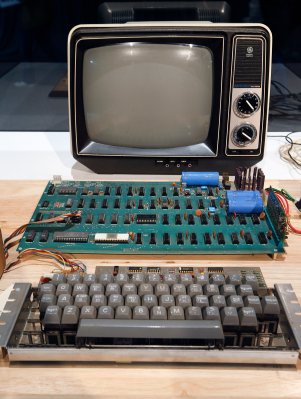 Woman Who Recycled Rare Computer Can Claim $100,000
Next Up: Editor's Pick